Home » Viewpoints » Hoichoi leverages right time to be on OOH

Hoichoi leverages right time to be on OOH

Hoichoi, an Indian video streaming and largest digital Bengali content platform, is probably the foremost brand and the first one in the entertainment industry to make a comeback on the OOH medium after a period of almost three months. This is because the brand considers OOH medium as a right fit to grab the attention of the consumers under the current circumstances. Offering the regional entertainment content, the brand has launched an extensive campaign to promote its biggest release of the first half of the year, Tansener Tanpura. 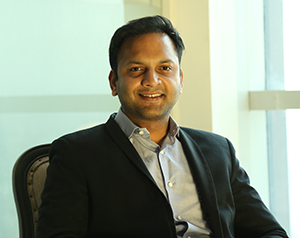 In spite of having various reports on the changing media consumption of the end-users in the wake Covid19 pandemic, the brand remains true to its pre-Covid strategy and keeps OOH as a substantial mode of communication for the brand building as well as content promotion.

“Recently, Covid19 and Amphan have severely impacted the human lives where people have been home bound for a long period. Hence, we decided to undertake an initiative to welcome them with the content which we feel is capable to take away the troubles of human beings. Moreover, as there is no clutter on the OOH medium, thus, it is a right time to create clutter-free presence,” said Vishnu Mohta, Co-founder and Director, Hoichoi.

As the lockdown period has been quite fruitful for the OTT category, hence, he believes that the brand has all the reasons to create presence in the market. In West Bengal, the spread of the virus is under control which has allowed the state to open up with ease in restrictions. Therefore, there was no challenge faced by the brand in terms of execution as the campaign has been majorly deployed on the arterial roads and centre of the city, which are relatively relaxed to execute OOH installation work. The brand has selected 15 locations for the campaign in Kolkata, over the span of 15 days.

Talking about how the brand managed to bring out the campaign with limited budget, he said, “The OOH players in Kolkata have been quite welcoming as there are no large numbers of outdoor campaigns right now, therefore, they all agreed to serve us within the given budget. Firstly, since OOH is an inventory-based business, it is essential for media owners to keep utilizing their inventory in order to sustain their business. Secondary, it helped media owners to attract other brands also to be on the medium”. The brand works with multiple OOH media owning firms on year-on-year basis.

On ROI front, Vishnu thinks that the medium is meant to spread current affairs of the city, which tells people about the latest developments taking place such as sale or showroom/mall opening and many more. Along with that, the medium is also meant to create awareness about the brand and shows unlike digital marketing.

Hoichoi has initiated two different natures of campaigns- one is for the content promotion led announcements and another for brand building. For the brand building, the brand generally waits for the festive season such as Bengali New Year or Durga Puja and others where the primary aim is to involve people in the celebration instead of competitive communication such as price point or content.

After this show promotion campaign, the brand is looking to create a long-term presence on the outdoor with a periodic set of campaigns for which the brand’s marketing team is having dialogues with a few Kolkata-based OOH media owning firms. “The idea is to lock a deal for some premium sites located at prominent places to roll out our campaigns for particular days every month, starting from this October to March, 2021,” he added.

Vishnu understands that the deal carries risk for both parties, as the complete lockdown can reoccur with the number of Covid19 cases increasing every day. However, he sticks to his belief that OOH is a crucial medium having the capability to leave a long-lasting impression in the minds of consumers.

‘Micro-buying is growing by the minute’

'Make the most of location intelligence’