Laqshya Media Group has launched a report which provides data on growth and innovations made in rural India. This includes industries such as agriculture, fertilizer, tractor, building material and FMCG. It has analysed that even after getting impacted by Covid19, the rural geographical areas still hold great potential as compared to urban markets. It showcases huge opportunities in these areas that the private sector should consider for long term profitability.

Brands can grow by capitalizing on the currently increasing incomes and aspirations of the buyers in the rural economy where the momentum can be built by fulfilling the need gaps that are holding back higher growth including higher productivity of crops and more capacity for processing of crops, the report says. It added that big opportunities lie in integrated pack-house, reefer transport and ripening units, where the need-gap is in excess of 85%.

The report focused on engagement with the rural population which needs to be customized with hyperlocal solutions, especially since money supply is bound to increase in the rural market as a result of the record agricultural production and due to several support initiatives by the government.

Government of India’s intent marked a significant departure of the past when the emphasis had been only on production rather than its marketability. In addition, public funding on infrastructure and food grains procurement will give a significant boost to the rural population.

According to the National Sample Survey Organization (NSSO), ‘rural’ is an area with a population density of 400 per sq km with minimum 75% male working population get involved in agriculture and allied activities. Spending growth in rural India outpaced urban spending in 2012 for the first time, as per NSSO. RBI defines rural areas as those areas with a population less than 49,000. This definition governs the agricultural credit by banks and NBFCs.

India is a massive producer of food grains, horticulture, cash crops, milk and livestock products, making it self-sufficient in feeding 1.37 billion people. Along with agricultural growth, there is also a quantum jump in investments made in rural infrastructure, which gives huge opportunity to mainline industries. 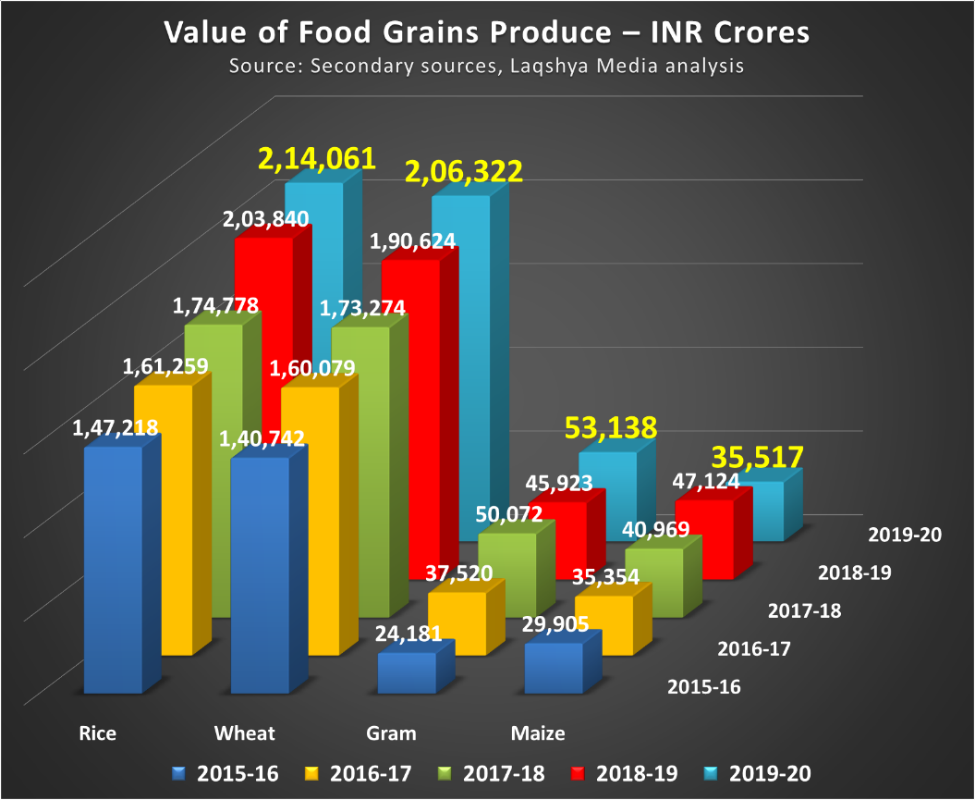 India is the largest producer of milk, pulses, jute and ranks as the second largest producer of rice, wheat, cotton, vegetables, sugarcane, groundnut and cement. Agriculture contributed 17% to country’s GDP and 45% to employment generation in the year 2018-19.  India is home to the world's highest-selling Tractor brand Mahindra & Mahindra (M&M) and the world's largest fertilizer cooperative Indian Farmers Fertiliser Cooperative (IFFCO). 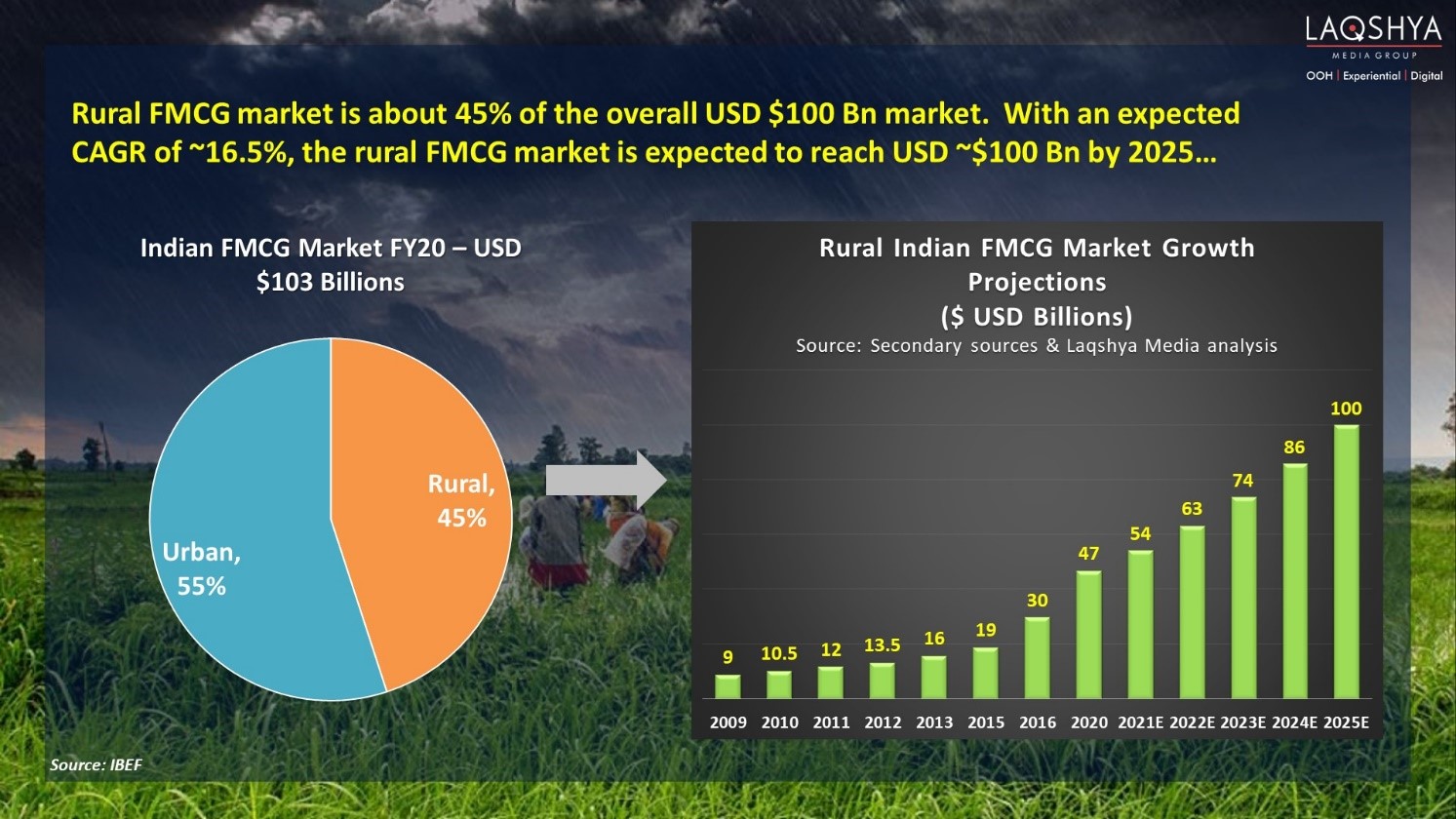 “Rural India constitutes 66% of the country’s population. Over the last few years, rural India’s contribution to the overall GDP has dipped but there are also innumerable opportunities for growth. Good monsoon has boosted crop production in the last year and huge investment has been made for improving infrastructure. Many gaps are noticeable which if fulfilled can give a great boost to the Indian economy,” said Atul Shrivastava, CEO, Laqshya Media Group.

He added, “In the current Covid19 situation, we have also looked into the top districts in nine states of India. 126 out of 281 districts across five states which contribute nearly 60% to the GDP have less than 1,000 active cases. These 126 districts constitute of 139,641 villages with great potential to show an increase in production and consumption. So, with the correct planning, huge opportunities lie for marketers.”