They have chosen Line III (Blue Line) which is from Dwarka to Noida/Vaishali because of its longest and busiest route covering 51 stations and 15 lakh commuters per day.

The brand with a wide range of staple food products is strategically running the campaign on major arterial roads across the city for recurring exposure and brand recall.

Vodafone's new campaign reaches out to its existing and prospective pre-paid base, targeting the lower echelon of Delhi population by engaging them in activities and household rewards. Named as Vodafone Bazaar, the campaign also acknowledged to support the brand's existing customer base belonging to lower income group.

The Fevicol Room grabs attention with its sticky activity

Fevicol reiterates its brand proposition of being the ultimate adhesive in an off-the-wall manner at the pandal of Lalbaugcha Raja, Mumbai.

Star Cement goes big in the outdoors for Durga Puja

Creating the world's largest Durga Idol is an idea conceptualised by Star Cement to meet the objective in an innovative way. They wanted to do something that would bring Kolkata and West Bengal in the global spotlight

The media mix included bus shelters as well as hoardings covering about 80 touch points across Banaglore.

The mobile vans were bunched together and parked on the outskirts of the various towns and at the event venue.

Unlike static pictures on the billboard, MOMS has used giant versions of moving deodorant bottles as arms of a clock to depict the freshness it promises to offer.

With the outdoor campaign in particular, the brand was looking to create maximum impact because it accompanied the announcement of a niche product like QuikrCars which is first of its kind in a series of verticals at Quikr. 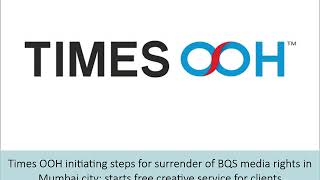 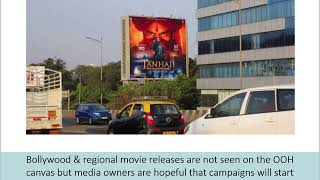 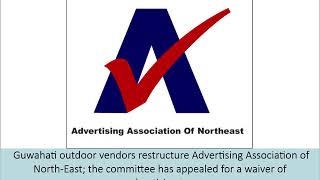