‘Kingsman: The Golden Circle’ goes outdoor with all guns blazing

Active Media Innovations ideated and executed the campaign in Mumbai

Hollywood movie ‘Kingsman: The Golden Circle’ was promoted on the OOH canvas in Mumbai ahead of the movie release in India. The campaign idea was to bring alive the movie and for that a programmatic innovation was executed where a gunshot went out as per action by the audiences. The campaign was ideated and executed by Active Media Innovations. 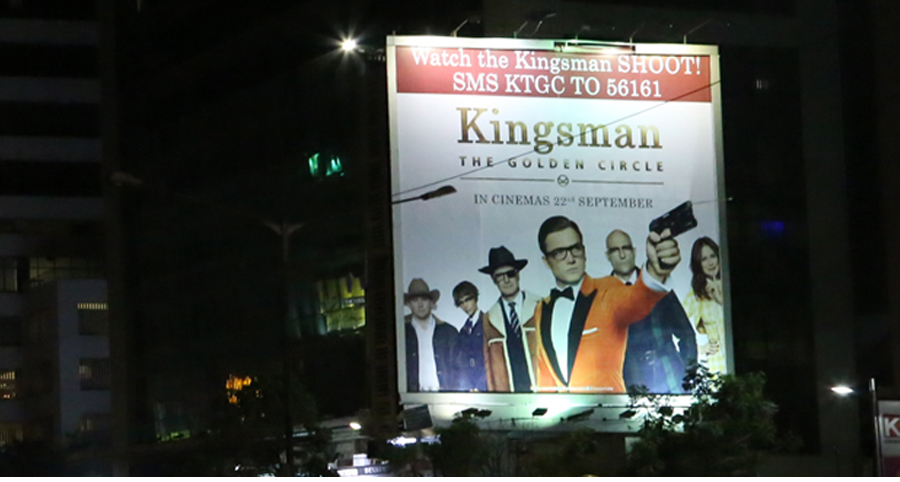 The IT software-driven interactive billboard could be triggered by an SMS code stated on the billboard. Every time a person sent an SMS code, a gunshot would explode from the hoarding triggered by the software to create a wow factor. The innovation was executed in Andheri that  has a large youth population.

Interestingly with the help of the software, the agency was able to garner the data of interactivity generated by the campaign. Almost 3,000 people responded to the billboard and took part by sending an SMS and more than 5 lakh people witnessed the innovation.