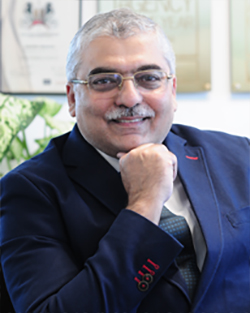 Industry expert Ashish Bhasin, CEO, APAC and Chairman, India- Dentsu Aegis Network explains the direct impact of falling economy on the overall advertising industry due to Covid19 pandemic. Along with that, he suggests measures to be adopted across OOH industry to have a long-term profitable business. Below are his edited excerpts.

How do you see the impact of decline in GDP growth on OOH industry and Indian advertising as a whole?

Nonetheless, India has always under-estimated the importance of rural demand, which will see a fairly good response in my view, this year, as the monsoon is expected to be better than normal and timely and thus, it comes as a positive sign for the industry.

In the short-run, the revival will start from the festive period, that is, Diwali. Although, in the long-run, improvement will start to settle-in by January-February 2021.

Do you think the measures taken by the Indian OOH industry during 2008 recession will still be relevant in the current situation or the industry needs to put more efforts? According to you, what would be the suitable measures to revive the outdoor business?

Looking back at 2008, it was more of a slowdown than a recession in the Indian market as the hit to India was not as big as that to the international markets. The moot point is that there is a difference between 2008 recession and 2020 pandemic. The latter is a health emergency where we are in a lockdown, which has never been experienced before. Hence, it is completely different from the 2008 scenario.

The biggest learning that the Indian OOH industry needs to take is to introspect and change itself as an industry, which does not even behave as an industry quite often. Therefore, to call themselves an industry, the players need to adopt professional working methods.

Secondly, OOH concessionaires need to develop a measurement tool like that of Broadcast Audience Research Council (BARC) or Indian Readership Survey (IRS) and upgrade and standardise the inventory. At present, DOOH is a big opportunity globally but the Indian OOH industry is unable to leverage it due to unprofessional behavior, lack of consolidation and lack of serious players willing to invest in the medium. And these factors are further accentuating the challenges for the industry. It needs consolidation and entry of professional players.

Hence, the pandemic is not only the reason for industry’s lack of growth but the industry itself is underperforming. And I firmly believe that it can perform five times better than its current performance if the necessary measures are adopted.

'This is the time to walk that extra mile'

“We are miles ahead of competition”