Charu Malhotra Bhatia, Head of Marketing at Somany Ceramics Ltd talks about the brand’s outlook on airport advertising and other aspects of OOH 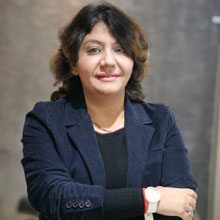 Could you share your thoughts on where OOH fits into your brand’s marketing approach?

Our offering is primarily a commodity product which is now moving on to being an important element of home décor. Hence, organised brands like ours have started to work with the aim of creating a special place in the consumer’s mind. Earlier, this industry followed a very generic mode of communication.

For us, Out-of-Home (OOH) hasn’t been that prominent until now, but since our target audience comprises the Millennials we have started mass marketing to reach out to them. Earlier, the influencers like architects and contractors. played a significant role in promoting the brand. However, now the consumers have started to choose specific brands, so we have also started to reach out to them. And OOH marketing plays a key tactical role there.

We follow two different strategies for OOH advertising— first is a tactical pan-India approach designed to support newly-launched stores or experience centres where we inform people about the locations of our showrooms. Such activities are primarily done in the Metro, Tier I & II cities as we get a better response in those markets. And, the second strategy includes airport  advertising that commands  captive audiences.

We prefer airport advertising over conventional OOH in the metro cities, primarily because our target groups (TGs), i.e. middle and upper middle-class, are travelling and seen at the airports.

How do you plan your campaigns inside the airports?

We definitely have a lot of math that goes behind picking the right location and site inside the airport. The foremost factor considered is the traffic at the airport and its different terminals, number of flights taking off and whether it’s an arrival or departure area site. We believe that the departure terminal is better than at the arrival because in the case of arrivals, flyers are in a hurry to leave and usually glued to the mobile screens. Moreover, they don’t have a reason to spend more time at the airport. Whereas, talking about the departure area, the flyers are in a rush only until the security check is done and after that they have more time at hand. People come to the airport sufficiently early and so they have the time to look around.

We try to take locations which offer captive audience, like the waiting area or which give exclusivity to the brand, like the queue-manager branding. For any activation the waiting area is an ideal place for the activity. Terminal 1 of Delhi airport is a good example, and so is the Kochi airport.

We also prefer occupying long-term sites at the airports.

What has been your experience with regard to advertising in Tier I & II markets on OOH?

In those markets, the TGs and the quality of media available vary widely. Having said that, those markets are growing which make them important advertising destinations. We have tiles ranging from Rs 40 per sq. ft to Rs 180 sq. ft targeting the middle class in particular. Therefore, a tactical campaign gives us a lot of buzz in those markets in comparison to the metro cities where the campaign is more likely to get lost in the clutter. Another reason is that advertising in the metro cities needs bigger budgets. Hence, we have decided to opt for airport media in the metro markets because airport ads connect well with the upper middle class consumers who would be keen to buy tiles falling in the higher price range. And in the smaller markets, we take OOH formats like pole kiosk media and hoardings. For instances, in the Kochi market we had taken 300+ hoardings and mini hoardings for our campaign.

How do you monitor and assess the impact of your OOH campaigns?

There is no formal research undertaken to gauge the performance of OOH campaign but yes, the footfall at the stores increase marginally during a campaign. We have experienced that outdoor campaigns communicating new information, along with some consumer offers, work positively for the brand.  Though the response varies from market to market but OOH campaigns help in creating local awareness.

For monitoring, we have vendors all across in India and we rely on them to get the data in the smaller markets. We depend on images shared by vendors every 15 days, which is a mandate for them. Also, we have a robust audit department in place. There have been times when we have had to redo the sites due to extreme weather conditions.

What changes do you anticipate in the OOH market?

We follow a transparent process of getting three quotations but somehow that is not happening when it comes to OOH. Second, we have to rely on our instinct or our local representative’s feedback to assess the effectiveness of a site visibility. In fact, we aren’t sure about the numbers shared by the OOH agencies  in terms of visibility, angle, eyeballs attracted for particular sites. Airports offer some data about the number of passengers but besides that, there is no math available for those sites.

How has it been working with TIMDAA for Delhi airport branding?

Honestly, I have always been a fan of airport advertising and it has been working great with TIMDAA (TIM Delhi Airport Advertising Private Limited) team. I feel that the kind of eyeballs we get at least in departure area would give us much more visibility as compared to scattered advertising in outdoor locations.  We started with a two-month plan which has now been extended by one month.

The 5G moment of Indian OOH