At a time when brands are going all out to win back consumer trust and reinstate their standing in a more socially responsible context, OOH could well be the most appropriate medium to spread a community inclusive brand narrative. This also means redefining the medium in terms of its creativity and scope for engagement. Earlier this year, a campaign by the Kochi Metro Rail Limited (KMRL) made headlines for a unique reason. The organisation hosted a fashion show inside a running metro train on International Women’s Day to honour women railway cleaning staff.  Over 20 students from JD Institute of Fashion Technology took part in the fashion show, held in compliance with the COVID-19 protocol. They boarded a train from the Jawaharlal Nehru Stadium metro station, along with KMRL officials. It was a pleasant surprise for the metro commuters, as the students walked past them, wearing fashionable clothes.

In another campaign around the same time, FMCG brand Dabur Amla Hair Oil partnered with the Uttar Pradesh Police for their ‘Mazboot Iraadon ko Salaam' campaign to honour the special police team of the ‘Pink Brigade’, created for the protection of women in Uttar Pradesh. As part of the campaign executed by Vritti I Media Solutions, signatures and best wishes were collected for the Pink Brigade along with video bytes to encourage and appreciate their efforts towards women’s safety.

Dabur was also among the brands joining the Covid  battle, joining hands with the Government of Uttar Pradesh to roll out a massive COVID vaccination drive. The brand also launched the campaign in Meerut, ‘Suraksha Hai Zaruri’ to create awareness about the importance of hand-washing during this pandemic and set up  sanitisation stations outside 6 hospitals in Meerut.

The campaign, which highlighted the urgency of the situation, was created pro-bono by the digital and creative agency Topham Guerin and featured more than 30 real women.

Well, it is quite obvious that brands are increasingly realising the need to connect with consumers , especially the ‘Millennials’, in a more socially meaningful manner, and to authentically communicate the values and causes that they stand for. This is one reason why corporate social responsibility are receiving more budgets and becoming louder talking points.

According to a Nielsen survey 2015 survey, 66% of online consumers said they would pay more for products or services from companies that are socially and environmentally responsible and showed that consumer goods brands with a commitment to sustainability outperformed those that didn’t.

An Emerald Insight report ‘Doing good when times are bad: The impact of CSR on brands during recessions’ published in the European Journal of Marketing last year highlights the effect on social responsibility on brand values. The findings show that CSR initiatives during recessions are associated with increased perceptions of brand value. “More specifically, during recessions, CSR initiatives such as charitable contributions provide a signal to customers of higher brand quality,” it says. The report argues that  doing good when times are bad, when consumers typically consciously alter their spending habit, pays off because consumers also begin actively seeking cues for greater value. Thus, it argues, “During recessionary periods, when value is essential to buyers, using CSR as a signal of higher quality and better perceived value likely becomes even more important”.

Interestingly, the report also points out that customers appreciate brands for not abandoning their CSR investments during tough times and less likely to attribute these goodwill campaigns to self- interest during periods of crisis.

When the medium makes a difference

What is also interesting is the manner in which these social initiatives are communicated and how the campaigns promoting social causes are rolled out. In terms of mediums, the OOH space has always been a more conducive space to spread messages that go beyond brand marketing. But what is important now is the way in which the OOH medium is being used to communicate these narratives. It also points to the growing need to engage consumers on this medium beyond direct selling, a need felt more acutely in the aftermath of the pandemic. It also points to the expanding scope of OOH, beyond traditional outdoor media, to include on- ground engagements and  activations. As Laura Jordan Bambach, President and Chief Creative Officer, UK - Grey, told Outdoor Asia recently in an exclusive interaction,  “The most important thing to remember about OOH is that it’s in someone’s environment – somewhere an individual lives, works, eats or travels. Relevance is key, as is giving back to those environments rather than just plastering everything with direct response-style activity or sales-led communications.  During the pandemic, we had a lot of community groups, arts groups and charities - people trying to make a difference - able to put messages up there, and so, in a strange way, I think the quality of OOH in terms of what it did for the natural context and environment felt a lot more sensitive and appropriate. It didn’t feel ‘in your face’; rather that it was there to support you.”

So the key question for brands is how well these community initiatives and social campaigns on OOH result in tangible or intangible gains. As Muthoot -Abhinav Iyer, General Manager (Marketing & Strategy) - The Muthoot Group (Muthoot Finance), points out,many of their campaigns that resonate with strong messages like “Taking India Forward”, “Life Mein Aagey Badhiye”, or , “Soch Badaliye have all had a strong presence on OOH and most of them have shown notable impact. “OOH has quite ably complemented our marketing campaigns launched on electronic, print and digital mediums by giving us the much needed reach, strong brand awareness and recall. ”

Agrees Rajiv  Dubey, Head Media, Dabur India Ltd, “We have lot of on-ground activation programmes, wherein we communicate with the consumer about our social initiatives. Our CSR campaigns are very low key, and not splashed on the ATL media, but we reached out to the masses, to hard working policemen, hospitals etc. Consumers have responded well to our awareness campaigns.” He adds, speaking about the impact of such campaigns, “There is no right or wrong metric to measure the impact. Ultimately, the only measure of a brand success is sales as a result of any activity.” Gajendra Jangid, Co-founder and CMO, CARS24, says explaining the brand’s approach to awareness communications, “For the first 5 years, CARS24 was solving the tedious and tiresome problem of sale of the customer's vehicle. In India, other than price and convenience, aspects such as transfer of ownership and instant payment (to ease liquidity crunches), become key. Our team has embarked on such initiatives across key markets (T1, T2 and T3) to ensure that customers are well aware of the value our services brought to them and to ensure that consumers are well aware of the processes applicable to the sale of their vehicle irrespective of whether they consider us. This serves two objectives – pull (attract customers into our ecosystem) and educate customers of the many nuances applicable to resale of vehicles.”

He adds, talking about the role of OOH in driving such communications. “Awareness can be brought about via tactical OOH campaigns (billboards / transit) and education can be brought about via BTL activations. In the past, BTL activations have been undertaken at RWAs to help educate customers about the condition, resale value and process when it comes to vehicle sale. Some of these activities do not always result in immediate sale, but do help build brand consideration.”

“In an era largely characterised by the pandemic, data points have become crucial as brands need to protect marketing investment and ensure maximum value from investments made. OOH is a contextual medium and therefore, the various OOH avenues like cinema, billboards, transit, etc. must be leveraged in an environment wherein such formats can result in impressions and visibility,”  Gajendra says pointing to the need for measuring impact form these campaigns in the OOH space. 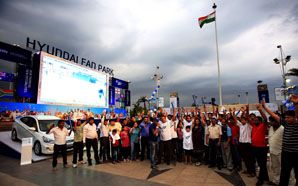 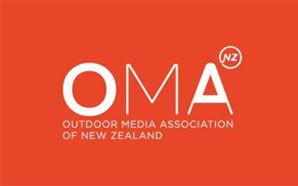 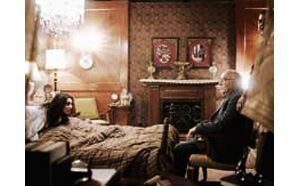