The event will be broadcast on MAX, Sony Six and Sony Six HD. Last weekend, the broadcaster released the first two TV commercials to introduce the concept 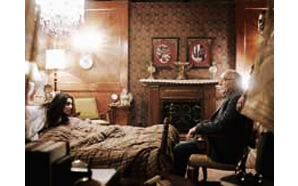 At Multi Screen Media (MSM), preparations are underway for the seventh edition of the Indian Premier League (IPL), with the marketing and promotions team working round the clock to ensure the excitement and frenzy around the tournament is at its peak.

Apart from a robust television campaign, which will see MSM buy ad spots across genres and channels, the'Bulawa' campaign will see activity on the digital front, too. The exercise started with the word'Bulawa' trending on Twitter last week; this will be extended to banner ads, application launches and videos.

As the tournament draws near, the broadcaster will begin a spate of on-ground activities in 13-17 cities, including metros, mini-metros, tier-I and LC1 territories (with populations less that 100,000). The activities will aim at boosting TV viewership and generating excitement regarding the IPL. This year, marketing spends have risen 15-17 per cent compared to last year, say sources at MSM.

On the ad sales front, the broadcaster has been able to finalise deals with six sponsors and plans to sign three more by the end of the week. "We shall be able to share the details about the sponsors in a week or so. Apart from the usual categories that invest in IPL, this year, we have seen a couple of new and interesting partnerships,â€ says Rohit Gupta, chief sales officer, MSM.