Tepid macro-economic conditions largely responsible for the lack of buoyancy in OOH business in most markets across the country, says industry leaders 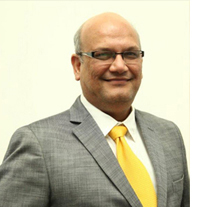 The festive season this year appears to have brought little cheer to the OOH industry given that media occupancy rates in most markets were relatively low compared with those of previous years, and several major advertising brands had a subdued presence on the OOH canvas. Pawan Bansal, COO, Jagran Engage notes that in general OOH business volume this season was 20-30% lower than the corresponding period of the previous year.

Shavinder Singh Sandhu, Director, Lead Ads portrays a far grimmer picture, estimating the current business volumes to be nearly a half of what it was last year.

Deepak Vasudeva, Director, Pioneer Publicity goes as far to say that business in the year 2017 seems to resemble the low point that the industry experienced in the year 2008. “Business in the current festive season has been average; lacking the vibrancy of previous years”. 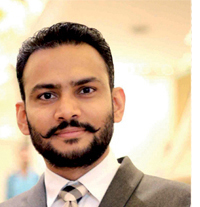 However, Pawan observes that the Mumbai and Bengaluru markets seemed to have bucked the trend, showing greater robustness.

In a similar vein,HV Surendranath, COO, Prakash Arts, says, “Business in the festive season has been relatively good so far in the southern markets. Bengaluru market has been able to fetch good response from advertisers but cities like Hyderabad and Kochi haven’t been able to match the numbers whereas Chennai has also been dull due to the scarcity of media formats”.

Yogesh Lakhani, CEO, Bright Outdoor Media states that “Mumbai market has seen a good number of campaigns from different categories of advertisers.” According to him, media occupancy was in the region of 80-90%.

Pawan attributes the general downturn to the after-effects of government’s demonetization drive that was followed by the introduction of GST. The revised downward forecast of India’s GDP growth testifies to the lower business sentiment.

What concerns the industry is the fact that many large OOH spenders have tightened their purse strings this time around. “In the last few months we have seen a major drop in business due to discontinuation of advertising by long term clients like Samsung, Oppo and Vivo. There aren't many long-term, committed clients and the business is dependent only on the short term 21-day, 30-day campaigns,” says Shavinder.

“The southern markets are mainly powered by regional retail advertising whereby 70% of the spends have come from local clothing and jewelry brands, especially in Kerala.  Surprisingly, this year automobile sector is almost vanished from the market apart from Hyundai 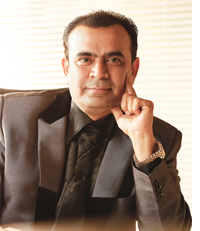 and Maruti which are also executing campaigns in the regular manner,” adds Sunderanath.

While the firms are battling with a margin squeeze, in markets like Delhi media have been tendered at “hefty anounts”, says Pawan. He feels that civic authorities need to be cognizant of what is viable for OOH business.

Surendranath comments that while premium sites have recorded reasonably high occupancy rates, that is not the case with the rest of media.

Shavinder says that last year when business was good, media acquisition rates prevailed high, but the rates did not come down as the business downturn set in. 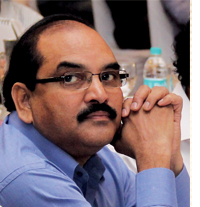