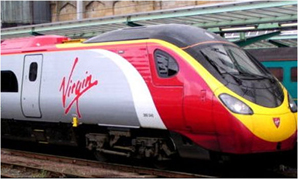 Virgin Trains on the east coast of the UK has launched an innovative data-driven, dynamic Digital Out-of-Home (DOOH) campaign aimed at car drivers to remind them that there is a stress free, fast, viable alternative. A Digital Signage Connection report that was featured in the FEPE International Newsletter states that the reactive campaign automates messages based on local traffic data and vehicle recognition technology, to add relevance and context to messages -- deployed on premium DOOH roadside inventory in Leeds and Newcastle from the January 30 through to February 12.

In Leeds, the traffic reactive campaign changes based on congestion levels on roads in close proximity to each digital billboard site and provides tailored, contextually relevant messages aimed at encouraging drivers to consider Virgin Trains’ service. Produced in partnership with Grand Visual and Manning Gottlieb OMD, the dynamic campaign aligns with driver’s mindset in the moment by suggesting commuters should “avoid all this bleeping traffic” when traffic is heavy during the morning rush-hour. Live updates are managed through OpenLoop which analyses Google API’s data and automates the playout and delivery of geo-targeted content to each Media Owner in real time.

In Newcastle, Ocean Outdoor is executing a vehicle recognition campaign which plays out the Virgin Trains’ ad when certain cars are at the traffic lights in front of a DOOH screen.