‘OOH is ideal for location-centric business’ 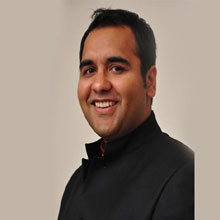 Could you share the idea behind the re-positioning of your brand?

From the business standpoint, amusement parks and water parks are known to be different, but most customers don’t see it that way. Rather, they usually don’t see the difference. In keeping with this, we are trying to establish Imagica as India’s only themed park; of course we also focused on establishing international standards at our park’s attractions and rides, while we drive home the difference between an amusement park and a theme park.

We have undertaken multiple studies over the years asking potential customers who had seen our advertisement or any other communication, whether they had understood the concept of a theme park, and invariably the answers were: “not clearly”.

We realised that if the customers are not clear about the concept of a theme park, they are not going to pay for the experience. Hence, we decided to come up with an idea that people could easily relate. That is how we coined the concept of an Amazement Park. It is sounds more like an amusement park but is differentiated by the amazing experiences that we offer, like carnivals, theme parades and interactive evening shows.

What role does OOH play in your marketing plan?

Traditionally, OOH has been a key advertising medium for us because we are a location-centric brand. We are present at a single location. People may have heard about Imagica but that wouldn’t help us if they don’t visit our park. Mumbai and Pune are our key markets since 70% of our customers audience come from those two places. So, our OOH advertising in the two cities have to be considerably extensive. OOH creates that in larger than life imagery.

Another medium that offering the same granduer is TV, but since we are not available everywhere, there is not much relevance on going for TV ads that reach far away audiences. For this reason, we would rather opt for OOH. We have done airport branding at some key locations.

What are the different OOH formats that you opt for?

In OOH, we are going to be experimenting with different formats. For instance, until last year, a large portion of our budgets were allocated for static OOH media such as billboards. But we have seen that in the transit media space, bus wraps are coming up as good options because they offer large space and reach multiple locations across a city. The bus wrap give higher visibility and are like moving billboards. We have already done bus wraps for our Diwali campaign on 200 buses in Mumbai. Simultaneously we have opted for key ad sites on the Mumbai-Lonavala Expressway. Compared to formats like ambient media or cineplex media, the transit format provides large scale exposure at a very feasible rate.

BTL activations are a part of our media mix; recently we did a brand activation in a mall in Mumbai. The activations are campaign-driven and we bring a lot of entertainment to those places with our characters, dancers, acrobat performers, etc. Activation in the malls helps in generating sales. We also go to corporate parks; approaching the targeted segment for sales generation. For instance, last year we utilised the entire Thane’s walk space for our huge carnival parade where we brought in the cars, floats, as well as performers from Imagica. It got a footfalls of some 30,000 people on a single day, who came to see that parade.

What about DOOH media?

DOOH is at a very nascent stage although the options are increasing. We have been approached by multiple agencies with their DOOH media options. But as of now they don’t have a foolproof system. The media on top of cabs have display space that is very small for us, and only suffices the need to display the brand name. It doesn’t really help us because everyone might not know Imagica -- our communication needs a large display. At other places like malls, airports, etc., the inventory is too few in number. We have taken digital media at airports in the past where they proved to be quite effective.

Last summer, you tried a particular storytelling communication on OOH using a cluster of sites. How did that work for you?

Last years, at around the same time, we had executed a campaign where one site represented one particular ride. It was an experiment and it required us to split the budget for multiple stories/communications. We were testing which of the creatives works best, and which ones are cut out for digital marketing. We found a better response when we used multiple creatives for the same communication.

What are the parameters that you consider in the selection of OOH sites?

Unlike digital where the cost per view is available, OOH static formats don’t give the number of eyeballs attracted for every individual site. Certainly, there are digital sites available in corporate parks which collect facial data and other information but that is still lacking in the outdoor space.

We believe the answer lies in the kind of media mix to be employed; to make any campaign successful we opt for multiple formats.

What challenges do you face in going for OOH advertising?

The biggest challenge is that there is no attribution for the success of an OOH campaign. I do hope that there is some solution to this issue, and I am also hoping to see a lot more digital OOH being made available for advertising.

‘OOH an organic choice in our media planning’: Sagar Kocchar

OOH is used to create excitement about the brand: Amlan Mukherjee