Home » Viewpoints » ‘Digital is beautiful and with so many possibilities’

‘Digital is beautiful and with so many possibilities’

Dooha-media is a Qatari company specialised in DOOH advertising and in-mall campaigns. This technology-driven firm offers a variety of digital and traditional media assets in different locations in Qatar 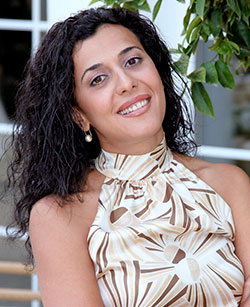 The company was founded in 2014 with the launching of the first digital network in Qatar (20 screens), at the newly built Gulf Mall. In August 2016, Dooha-media activated an advanced software technology that provides clients with interesting and reliable analytics about their advertisements. In 2017, the firm started operating in Landmark Mall, one of the first malls built in Qatar, launching a digital network of 30 screens. The last year, the company reached an agreement with Al Hazm, with the uniqueness of having a screen of 1.200 sq. m. on top of a dome, the biggest one in the region.

This year Dooha-media has launched large outdoor LED screens at Tawar Mall with 805m2 of digital high definition quality in one of the busiest intersections of Doha. The project is considered one of the biggest DOOH spaces in the GCC region. Samar Abou Farah, Sales Director, Dooha-media talks about the company’s OOH journey.

When was Dooha-media established and what is the vision of your organisation?

Dooha-media was established in Doha in 2014, and we took the pioneering initiative to set up digital screens inside major shopping malls. Until then, the displays inside the malls were all static.

In the initial period there were challenges but we started to see significant growth in business last year, and it has been amazing since.

Any particular reason why you chose to primarily focus upon mall media?

Our group had launched the first malls in Doha and when Gulf Mall was built we decided to do the first investment. Also, the climatic conditions in Qatar are such that for many months in the year the temperature outside is high and it is humid, so people prefer to spend more of their time visiting malls. We have a lot of life in the shopping malls, and that’s the reason we chose to go big on mall media.

So, you have media operations in four major malls?

Yes, at this moment we have our media at four major malls. In Al Hamz there is a very large dome with a digital screen covering 1,200 sq.m and in Tawar Mall we have 3 networks of mega screens covering 805 sq.m.

Are advertisers showing a greater preference for digital media now?

Digital is beautiful. Not just that. On the digital screens advertisers can change their creatives so many times unlike static displays. The displays on the network can be synchronised. There are so many possibilities when it comes to digital OOH.

How comfortable are advertising brands with sharing of screen space?

Well, in the beginning some of the brands were reluctant to share the screens on account of visibility. But, in any case, we don’t have long videos or animations running on our screens, so the brand visibility is not disturbed. As such, the audiences have only a limited attention span, so we plan the displays accordingly.

We use advanced tools like those of Quividi that generate data that would be of the essence to the advertisers.

Most clients who have had a lot of success working with us are opting for long-duration displays. They put a budget for this and sign up with us for a year. We then execute their campaigns at the sites they want, on the dates that they have selected.

There are also tactical campaigns which are of short- duration, mainly for promotions.

Would you say that your media is mainly used by luxury brands?

Our media attracts different brand categories that include luxury brands, cinema, telecom, banking and automobiles, apart from Qatar Airways. The Supreme Committee that is in-charge of the 2022 Soccer World Cup has also been advertising with us.

DOOH media requires greater investments. How do you see the RoI in this regard?

The investments in DOOH media is comparatively higher and operating them also entails higher costs, such as electricity costs, etc. However, digital screens are also easier to operate and require fewer resources. Traditional formats need installing and uninstalling of prints, but digital screens can be all managed from a single place. Overall, our team is not too big but very effective.

Are you seeing any integration of social media with your media?

Yes, you can do it. Our objective is to have media that is technologically more advanced than our competitors. That’s why we have incorporated the Quividi system, Broadsign solutions, etc. This Ramadan one of the biggest telecom in Qatar had used our screens with QR codes in order to reach their public with an experience.

Are you looking at investing in media in environments like Metro rail network, airports?

We started with indoor DOOH, and then we went outdoor. We have the biggest outdoors in digital. And now we are expanding to other premium locations in Qatar.

We also have plans to go international.

Are you planning to expand your media ownership overseas?

To begin with, we will test the overseas markets with our partners internationally.

I might add that in Qatar the regulations are increasingly favouring OOH. Earlier there were no provisions for DOOH, but since we implemented big digital assets, now DOOH is there in the outdoor. As we get closer to the 2022 Soccer World Cup we are likely to see many large digital screens around the city of Doha.