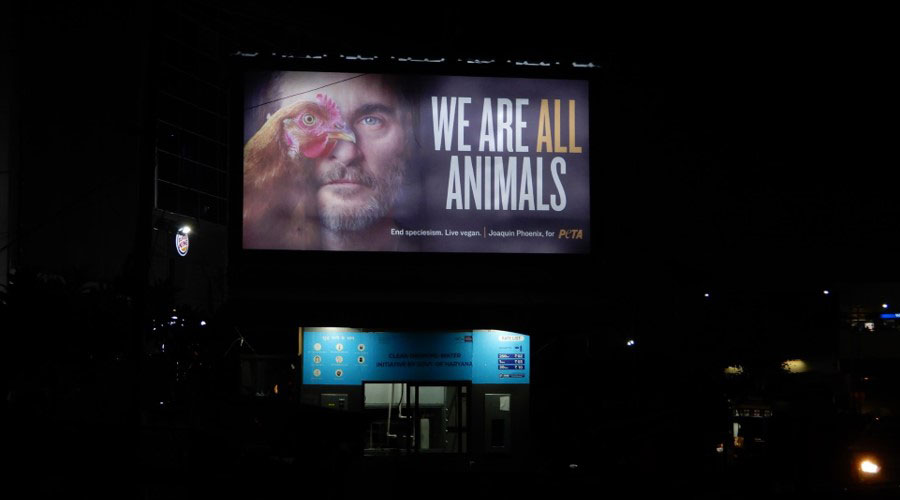 Following Joaquin Phoenix‘s Oscar acceptance speech, in which he spoke out against dairy industry cruelty and for the fight against all forms of injustice, People for the Ethical Treatment of Animals (PETA) India’s billboard featuring the Hollywood actor and Joker star has been placed in Delhi, Bengaluru, and Mumbai. With the campaign, Phoenix aims to remind his fans, “We Are All Animals.” The ad urges people to “live vegan” and help “end speciesism”, which is the damaging belief that – despite their extraordinary talents, abilities, and intelligence – all other animal species are inferior to humans.

“When we look at the world through another animal’s eyes, we have to realise that inside we’re all the same – and so we all deserve to live free from suffering,” says Phoenix, who has been vegan since he was 3 years old. 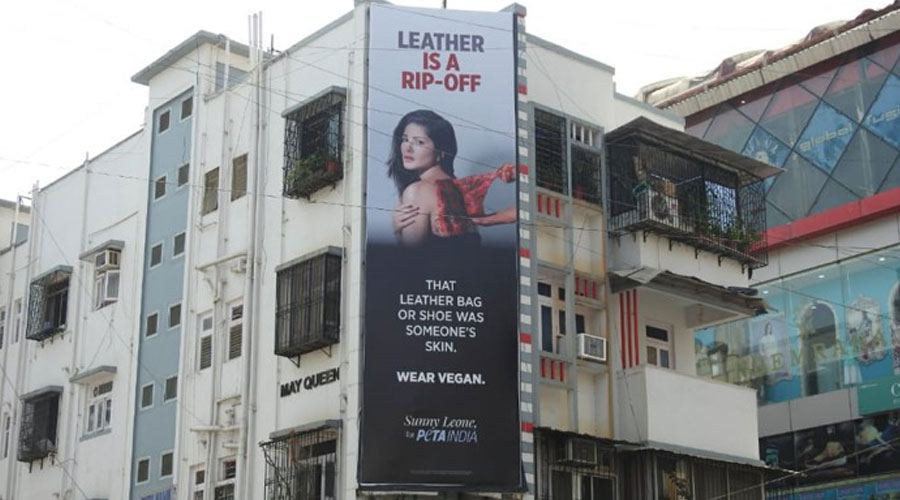 PETA India – whose motto reads, “Animals are not ours to experiment on, eat, wear, use for entertainment, or abuse in any other way” – asks people to help combat speciesism by not only choosing vegan foods but also staying away from animal circuses and races, avoiding personal-care products that were tested on animals, and rejecting all other forms of animal exploitation.

The campaign has been planned and managed by The Media Ant. PETA urges to break-up with hot chick right before valentines ‘Animals are no less’ communicates PETA India out & loud