OOH will provide umpteen opportunities in the near future

The day II of OAC 2017 began with a highly interactive session by Noomi Mehta, President, IOAA in an Open House discussing the achievements of IOAA. 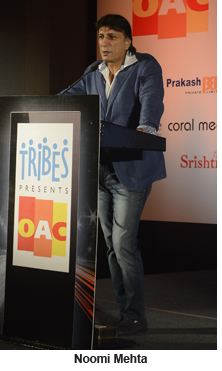 The second day of Outdoor Advertising Convention (OAC) 2017 began with an exceedingly interactive session by Noomi Mehta,President, IOAA in an Open House discussing the achievements of IOAA. Mehta was joined by Indrajit Sen, Executive Director, IOAA to answer the questions came from the audience on the overall development and varied aspects of outdoor industry.

In the beginning of the discussion Mehta pointed out that in the upcoming years the opportunities for the outdoor industry is going to grow manifold as India is a growing economy with varied industrial parks, smart cities coming in, railways and airport authorities calling for privatization in terms of giving advertisement rights.

Mehta shares that it is a great achievement on the part of IOAA as they are soon going to implement the SOP which will give a more rational and systematic guideline to the whole fraternity in terms of doing the business as well as fix up many issues related to  payments, illegal media assets and such. OOH will grow from 6% of the total Indian advertising pie to 11% in next few years.

Both Mehta and Sen opined that it is vital to have a uniform voice to put forward the various nuances of this trade and it is only possible through an association like IOAA.

The IOAA as a body has been instrumental in establishing the efficacy of this media and is constantly working in that direction.

At the end of the session Sen pointed out that to make outdoor more organized the media owners registered with IOAA should submit a list of their legal media assets which can help all the stakeholders to judge this media format in a thorough manner shunning the problem of mushrooming of illegal media platforms and hoardings.