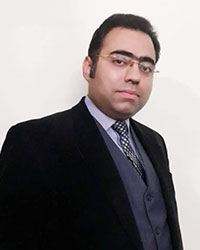 What motivated you to enter the bus and cab branding business? How has cab branding expanded over the last few years?

Actually, in a city like Kolkata AC bus branding is more effective than taxi branding. We entered this arena quite some time back when the new AC Volvo buses were brought to Kolkata by the West Bengal Transport Corporation. I feel it’s a hoarding on wheels concept, wherein a 40 feet long AC bus carries your branding all over the city, even in the ‘No Advertisement’ zones to create the best brand recall possible. Moreover, the inside portion of the bus is branded, drawing the attention of the commuters and we get the opportunity to reach out to a captive audience. As for cab branding, we tied up with Uber to brand their cabs. It is a relatively new format here and the concept is picking up fast as big brands are opting for cab branding too. AC bus branding is the best transit advertising medium in Kolkata, followed by Uber cab branding.

Could you share the percentage of spends going to cab/bus branding?

Within the outdoor segment currently it’s a 60:40 ratio, where billboards absorb 60% of the outdoor spends. But considering the fact that transit has evolved in a very short span of time, even 40% spends is pretty impressive. During the festive season, transit enjoys 100% occupancy rate, wherein clients are dealt on a first-come-first-serve basis.

What advantages does cab/bus branding offer vis-à-vis other traditional formats?

Highly cost effective and much better RoI than all other traditional formats. You can cover an entire city with 1/10th the budget for other formats with better recall everywhere.

Interactivity and engagement are new elements offered by the cab/bus branding. How have they grown in the last couple of years and how are brands tapping this opportunity?

When we started transit media business in Kolkata – the artwork used to be simple and static type. There was not much of visual appeal in it. But lately, the artwork patterns are life size cutouts, which makes the entire outlook of the campaign eye catching. Moreover, when a moving vehicle of approximately 40 ft has a superbly trendy artwork in place, people are bound to be curious about it. The sensation brought about by every transit campaign is actually a success meter of the campaign. This has been growing in the past couple of years and will continue to grow year-on-year. The best benefit goes to the brands that consistently execute transit media based campaigns every quarter and their transit budget is way higher than their traditional spends.

What can convince brands to spend more on cab branding?

As of today, we don’t push any brand to spend excessive budgets on the transit format because it is well known that transit is now a mainstream format creating an instant ripple all throughout the target market. Also, the innovations available are a strong convincing factor for brands. In a traditional campaign we burn big budgets to take the advertisement to the consumer / target audience. But through a transit campaign we bring the consumer closer to the advertisement because the medium is an object of visibility in the daily commute of the consumer.