The IOAA campaign was awarded a Gold and three Silvers in total across different categories. It bagged a gold and silver for best use of photography and a silver each for outdoor campaign category and for the press campaign respectively. 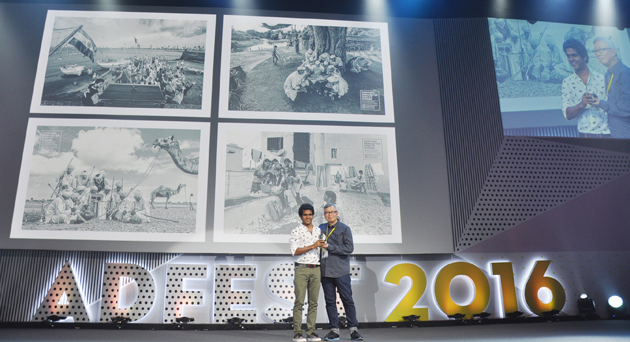 Indian Outdoor Advertising Associations' campaign created by Taproot Dentsu recently bagged four awards at the Adfest 2016, held in Pattaya. Adfest founded in 1998, is one of the oldest Asian creative awards shows in Asia. It's an annual advertising festival celebrating and raising the standard of creativity.

The IOAA campaign was awarded a Gold and three Silvers in total across different categories. It bagged a gold and silver for best use of photography and a silver each for outdoor campaign category and for the press campaign respectively.

"Adfest is one of the toughest award shows in the world purely for their legacy and high creative standards. They have a rule of not awarding more than 3 awards in any product/service or any categories, and to win 4 healthy metals across different categories clearly reflects the power of the campaign. We are extremely happy and thankful to IOAA and Vasant Jante for giving us this opportunity to demonstrate our creative capabilities. Thanks to Prashant Godbole as well, without whom I don't think the campaign would have taken off this well neither with the audience nor with the jury,â€ shares Santosh Padhi, Chief Creative Officer & Co-Founder, Taproot Dentsu.

According to Taproot Dentsu, apart from the message in the creatives, the campaign was created for a very interesting use of media space. At any given point, many billboards across the country are empty, either with the media owner's logo or their phone number, so IOAA wanted them to utilise that space to communicate to the brand world, advertisers, media planners etc the power of this medium by putting up these creatives while their billboards were vacant.
The agency expressed that it was wonderful to see many big and small media owners coming forward to use these creative on their site for the betterment of the community.

"It's always great working with Paddy. He gives me a lot of freedom, which is basically every photographer's dream. I really enjoyed shooting these pictures. It was a task to capture the largeness of outdoor space and yet tell the story well. To give a pan India flavour to the campaign, it was shot in different parts of India like the Rann of Kutch, Wai, Andhra etc. which added a wonderful texture and variety to the campaign,â€ says Prashant Godbole, Photographer.