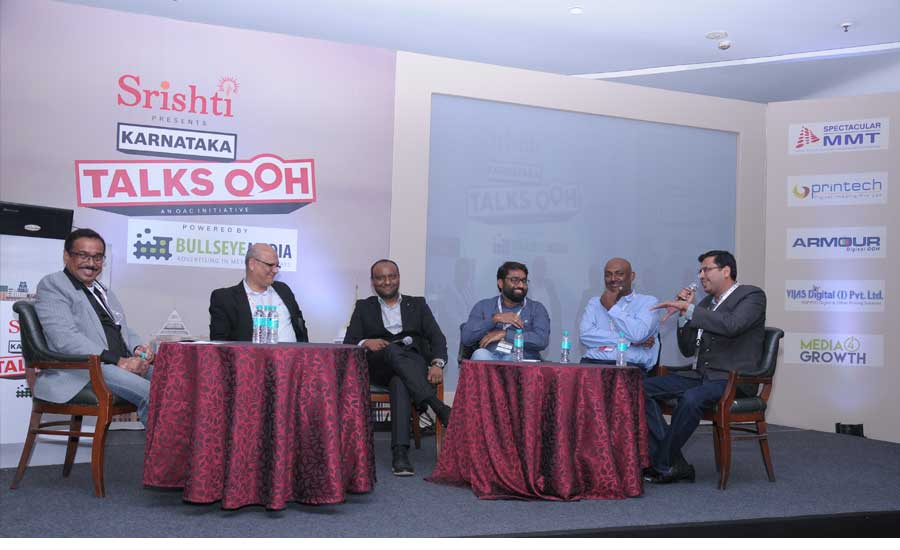 Speaking in favour of business consolidation across markets, Pawan cited that consolidation of media sites under the jurisdiction of South Delhi Municipal Corporation has had a positive cascading effect on media rates in that market. He added that corporations need to realign the outdoor policies in a manner that facilitates value addition to OOH media, and that the norms governing permission for OOH media acquisition need to be streamlined.

Talking about the Karnataka situation, Rahman said the market is extremely fragmented and that has impeded the efforts to improve overall compliance to standard OOH norms in the region.

Lekshuman pointed out that while consolidation of media ownership is not easy, the lease model helps the industry to consolidate the media offerings to advertisers and agencies. It is for want of consolidation that media rates in Rest of Karnataka remain on the low side.

Arjun pointed out that the smaller media owners are now opting for the lease model, which in turn is leading to consolidation of media. Media 360 Degree has consolidated media of close to 35 vendors in Bengaluru and so they “speak one language, one voice and offer same rates. Agencies get the same level of business and service. Consolidation will benefit both media owners and agencies alike.”

In a similar vein, Rajesh said that consolidation generates confidence in brands as it becomes easy for them to interact with OOH firms. Moreover it facilitates better media monitoring and reporting systems.