In US, OOH is going to be the only traditional medium expected to have fruitful growth attributed by the digital and ambient advertising formats, reports MAGNA 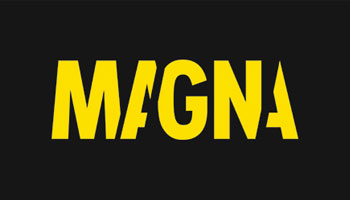 MAGNA expects the US Ad Market to Reach a New All-Time High in 2018. For 2018 the report anticipates a robust economic environment and historically high consumer confidence should generate yet another growth year for the US advertising market. MAGNA report states the overall market to grow by +5.5% to $197 billion. This is an acceleration on last year (+2.7%) and stronger MAGNA’s previous forecast of +5.0%. Excluding the boost provided by cyclical events (mid-term elections, Winter Olympics, FIFA World Cup), normalised growth would be just +3.7%, i.e. slightly less than 2017 (+4.5%).

OOH is the only traditional media channel likely to post net revenue growth (+2%) due to further organic growth in digital/ambient OOH inventory. One example is the launch of a multi-year development plan by Outfront Media and the New York Metropolitan Transit Authorities (MTA), aimed at installing 50,000 digital screens in the subway and bus systems, starting in 2018.

Where in 2107 report, the report mentions that overall advertising thrived but TV struggled. The last year’s slowdown was concentrated in the first half (+4.0%) while the fourth quarter was the strongest of the year, with advertising sales growing by +5.5%, based on MAGNA’s analysis of media companies’ financial reports. That pattern reflected a similar improvement of the macro-economic environment throughout the year (second half real GDP growth of +2.9% compared to just +2.1% in the first half) and robust retail sales in the fourth quarter

Vincent Létang, EVP Global Market Intelligence at MAGNA and author of the report, said: “A buoyant economic environment and record-high consumer confidence will continue to fuel advertising spending in 2018 but that growth will be almost entirely captured by digital media owners, as digital ad sales will reach 50% of total ad dollars by end-year”.