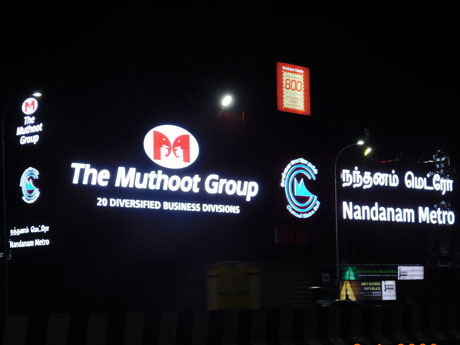 After Delhi, The Muthoot Group takes the semi-naming metro station branding to the Chennai Metro Rail Corporation (CMRL)’s Nandanam Metro Station building an iconic presence of its brand in the city. The Muthoot Group is the foremost brand to take semi naming rights at CMRL. Chennai market stands as one of top important markets for the brand having 150 branches in the city and Tamil Nadu has 900 branches out of total 5000 branches. The media rights for the station are handled by Mark Metro

“The advantage of station semi-naming branding is that you travel journey with the commuter. Since it worked well in Delhi hence, we have planned to try it in other major metro cities as well. We have MS Dhoni as our brand ambassador who is the caption of CSK and Chennai is a big market for us, hence we wanted to reinforce our footprints Tamil Nadu”, shares Abhinav Iyer, GM - Marketing & Strategy, The Muthoot Group. Also, the brand is utilising this format to compensate with media scarcity of the Chennai Market.

The Nandanam Metro Station has been zeroed thoughtfully as it is located on the arterial road of an important junction catering to high traffic. Also, it is located at near to the business hub having regional offices of various big groups. “It is in the heart of the city which works like a flagship property”, adds Iyer.

Like Delhi, the brand has gone tactical with the usage of different sites and locations of the station inside and outside both, The exterior of the station is being used to convey the larger brand elements such as 800 years of business legacy and brand name wherein the concourse area is being used to communicate elements which is a step deeper into specifications. The platform sites & signages are used to share the interesting offers of the brands relevant in the southern market.

“As much as it is important to communicate the larger essence of the brand on the façade, it is equally crucial to communicate tactical benefits for consumers who are spending more time with the brand either while traveling or spending time at the station”, highlights Iyer about the branding strategy.  The brand has plans to use inside trains to use them to talk about different programs and schemes.

Since the brand, quite equipped now in building up such opportunities, didn’t come across any major challenge that couldn’t be overcome. But ensuring picking up the right station was the main criterion for the brand. “We had some options but a few of them were not available for media consumption or regulatory issues”, mentions Iyer.

Talking about being the maiden brand to do this, Iyer proudly shares, “The initial challenge of being the 1st one is that you get the benefit of it but at the same time, the challenge is to get it right. And now when we have got it right, there is already a precedence which is much easier to follow. We have set a precedent in Chennai and this property has become a proof of performance”. Iyer also credited the media owner i.e. Mark Metro and CMRL authority who has been pretty supportive in crafting this property.

With this, the brand aims to serve a business purpose to reach out to that large chunk of people who aren’t exposed to the gold loans and increase new customer acquisition. As a category leader, we want to broad base the category and it can only happen with a major impactful property like this right in the city which convince people to talk about it and exploring more about it”, articulates Iyer.

The brand is already in talks with some media vendors or authorities to travel the same nature of branding to other major metro.  Along with tapping major metro markets, the brand has plans to take this initiative to smaller markets as well. 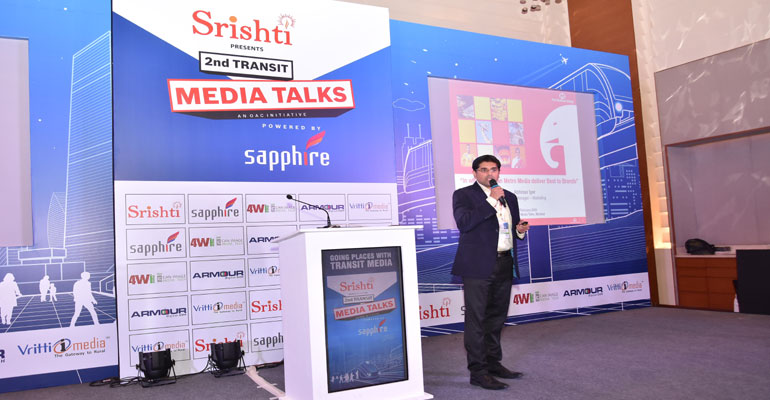 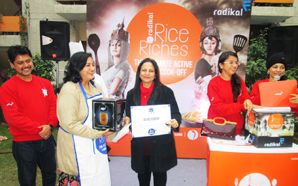 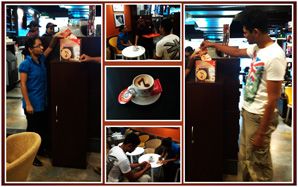 Anupriya Acharya takes over charge of AAAI as President