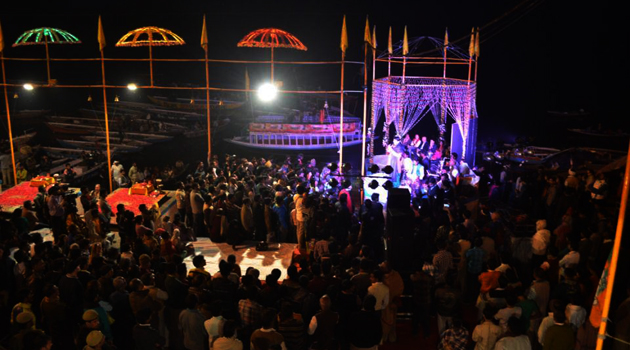 Television channel Life OK launched its new show'Mahakumbh' on the banks of River Ganga in the holy city of Varanasi. The Dashashwamedh Ghat -- main ghat on the river bank in Varanasi - was visited by the cast and crew of the show. Jagran Solutions, which organised the show, created an attractive riverside set-up with'Mahakumbh' branding on the backdrop and panels that gave a mythological feel. The launch event also had an hour-long Ganga Puja and Ganga Aarti.

Commenting on the launch event, Pawan Bansal, COO, Jagran Solutions, said, "This is the second time we have launched a product at the ghats of Varanasi. A show like'Mahakumbh' is made to appeal to the core audience of tier 2 cities. The event witnessed performances by various artists including actors and crew of the show. The highlight of the event was larger-than-life Ganga Arti which made the backdrop for launching'Mahakumbh'.â€