Five companies participated in the meeting to offer suggestions on matters like advertising area, tender duration and exclusivity of rights; the suggestions will be duly presented to the higher up officials of DTC 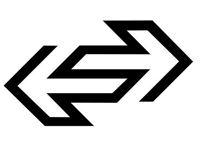 Delhi Transport Corporation (DTC) conducted a meeting with media owners to understand the market for their advertising properties and also gather suggestions on making the DTC media a win-win proposition for both the corporation and media investors. Five media owning firms -- JCDecaux India, Hindustan Publicity, Chitra Advertising, Rose Advertisers and Rajdeep Publicity -- were represented in the meeting.

Various suggestions were shared by the participants on matters like the latest Outdoor Advertising Policy 2017 which allows 75% of advertising space to be used; the tenders should be of longer duration like other government officials properties DMRC. The media owners also called for streamlining the payment system and  provision of exclusive advertising rights.

Commenting on the meeting, R S Minhas, Deputy Chief General Manager (Traffic & Public Relations), DTC said “The meeting was quite fruitful and we have taken their suggestions into consideration. We are going to present them to the higher officials. If accepted, the suggestions will be incorporated in the upcoming tenders.”