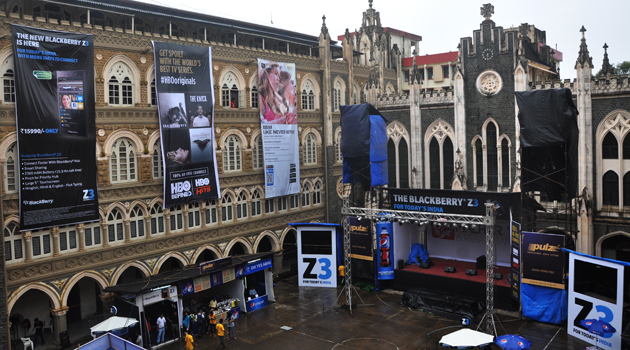 Blackberry made its presence at the St Xavier College festival'Malhar 2014' in Mumbai to promote its latest smartphone Z3. The brand engaged with the youth in multiple ways at the festival to showcase the smartphone's features. For instance, the brand provided BBM plans to some 1,200 students who were part of the festival's organising committee. Those students could use the service to plan the event.

They could share large files through Dropbox and also used BBM Voice for smooth coordination and communication. The students found the messenger particularly handy as the college building given its stone construction prevents seamless mobile connectivity. 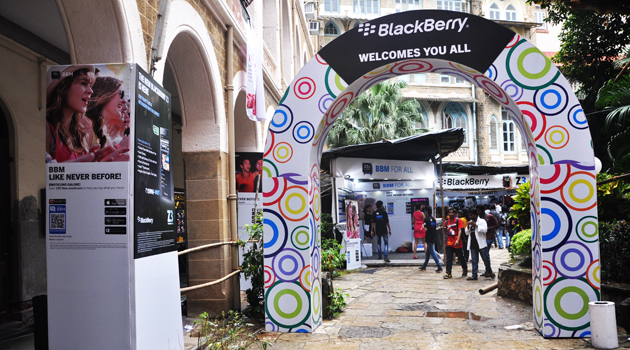 "Malhar is one of those events in the year where you get 20,000-25,000 students under one roof. We got the opportunity to speak to so many students about Blackberry. As far as positioning of Z3 in India was concerned, we are focused on the youth as they make up almost 50 per cent of the country's population. And we knew that this phone will be popular among this segment,â€ said Amar Thomas, Country Marketing Manager, BlackBerry India.

Blackberry created VIP entrances at the campus with no queue, especially for Blackberry users. The brand also set up experience zones where people could have an experience of BlackBerry and BBM. A BBM emoticon live dance performance was also organised for the students.

Besides, 10 feet tall stilt walkers were dressed up with Z3 branded outfits and the collegians were encouraged to give the stilt walkers'high-fives'. Those who were successful at it won MSD microcards. This activity served to highlight the 5-inch feature of BB Z3. 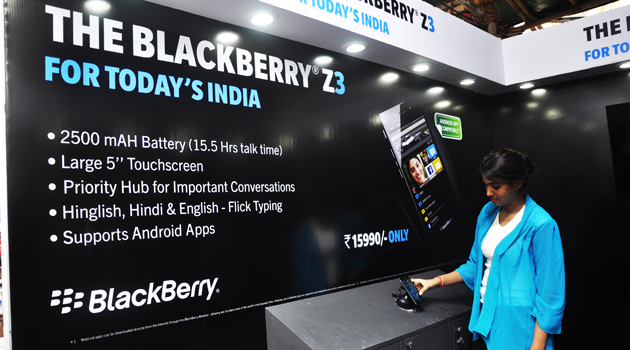 The brand set up boxes in the shape of the Z3 handset, and students were invited to open them with a key to be picked from a bunch of keys. This highlighted the security aspect of BB devices.

Also, Hollywood dialogues were given to students, for them to key in the dialogues on the BlackBerry Z3 devices. This featured the speed at which one could type on the smartphone.

Talking about these initiatives, Thomas said the attempt was to make the event creative and bigger than the previous year's edition. "Every year we try to engage with this segment as early as possible. We take a lot of inputs from students,â€ he added. 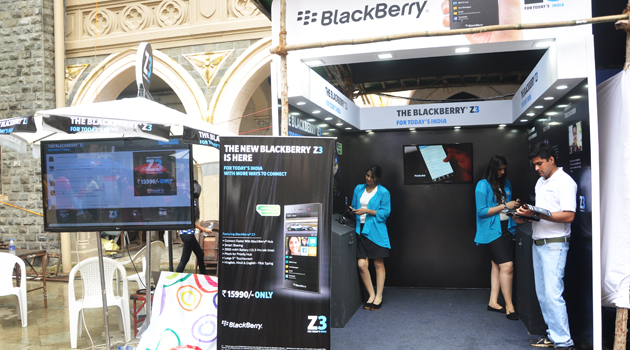 The event has become a popular destination for various youth-related brands, resulting in a clutter of sorts for the associated brands. "Clutter is always there, where there is an opportunity. The kind of engagement and activities that we do at the stall, whether it is teaching juggling, or asking them to convert famous English dialogues into Hindi or creating Dropbox integration by playing certain games in BB kiosk, etc., they all make us standout. Also, being the principal sponsor we could create a lot of excitement for the students,â€ explained Thomas.

While recalling some of the challenges that they faced at the event, he said, "If you plan it well in advance, the only challenge that you encounter is the weather. However, that also turned into an opportunity as we used large umbrellas branded with Z3, so everybody could come under it and we could get an extra opportunity to engage them. But it didn't pour during the event.â€
Tags : Blackberry BBM Z3 Amar Thomas
Advertisement