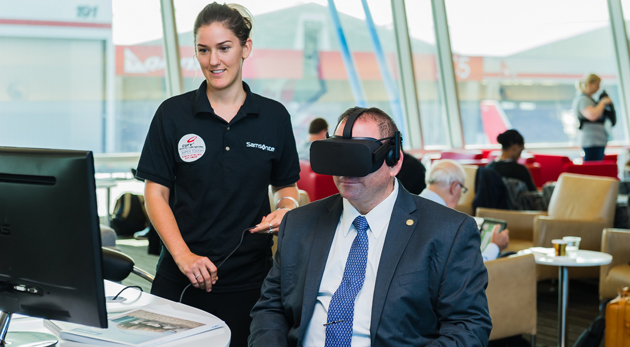 Travellers are engaging with Samsonite’s new Virtual Reality (VR) game set in Paris while relaxing in the Sydney Qantas Club Lounge, as part of an activation to promote its new range of suitcases with Curv Technology. 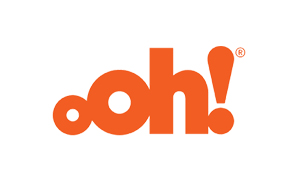 The game challenges players to find 5 Samsonite Curv suitcases as quickly as possible at famous Paris landmarks: the Eiffel Tower, the Louvre and the Arc de Triomphe.

Travellers who play the VR game are transported to Paris through 360 degree imagery and a piano accordion soundtrack, brought to life from oOh! Edge’s bespoke display units Connect, at Sydney’s Qantas Club Lounge.

Brendon Cook, oOh!media Chief Executive Officer said: “This VR game is an ideal way for Samsonite to truly engage with travellers who are in a positive mindset and willing to have fun while they’re waiting for their flight.”

Research shows Qantas club members spend around 42 minutes before their flight enjoying time in the Qantas Club Lounge, which provides an ideal environment for activations that engage more deeply with travellers who like premium products. 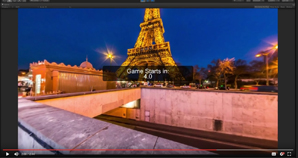 Bryan Magee, Posterscope Managing Director said: "We know from our Out-of-Home Consumer Survey insights tool that the Samsonite audience likes to interact in social environments, so the airport provided the perfect opportunity for the added layer of fun and engagement with the VR game."