After officially its Warsaw-based pilot network in July, ChargeEuropa has secured a pipeline of over 1,000 locations for the next two years and joined forces with some of the world’s largest brands in sustainability including BMW, Netflix, Bolt and Opel. Imagine being a city manager in 2022 – you’re tasked with building out an EV charging network to promote sustainable mobility, contribute to reducing pollution and increase your city’s attractiveness. All within a limited budget and timeframe.

Traditionally cities relied on state-owned monopolies to carry out challenging infrastructure projects – it was believed that due to the large investments, public resources were required to increase infrastructure coverage. However, cities have recently started partnering with private companies on these projects with considerable success. ChargeEuropa, a European-based EV charging network operator, is an example of that – after having completed its first pilot network, the company is determined to copy and paste its model for cities across Europe, Asia and Latin America.

ChargeEuropa partners with brands to offer cost-free EV charging to property owners and provides a powerful DOOH platform to advertisers. The cost-free solutions are used by cities to build out critical EV charging infrastructure for large-scale electrification.

“Cities don’t have to invest large amounts of taxpayer money to preemptively create EV charging networks anymore,” says Euan Wheatley, COO of ChargeEuropa. “We move into markets with a healthy advertising ecosystem, allowing us to primarily monetise our charging networks with brand partnerships to sustain our growth from day one”.

ChargeEuropa designs and builds EV charging stations with built-in 65” touchscreens that provide a platform for brand sponsorships. DOOH specialist Broadsign has been a key player in supporting product development from day one. The unique advertising business model is that ChargeEuropa doesn’t have to rely on EV charging sales to generate income – which is still in its infancy in many cities.

Matt Tymowski, CEO of ChargeEuropa, says, “Our concept grants us first mover advantage into cities with strong growth potential, letting us build out critical EV charging infrastructure that is key for clean transportation in the community.” Not many cities are able to allocate the resources for deploying a 200 charge point network in urban areas, especially in emerging-market cities where demand is just beginning. “We come in, build out the network, so that they can be ready for the first wave ahead of time,” says Matt.

With the official launch of its pilot network in Warsaw – ChargeEuropa has joined forces with the likes of Netflix, BMW, Bolt, Opel and OSHEE to demonstrate that given the right medium – brands want to support network growth. ChargeEuropa has also established several partnerships with commercial property owners such as French shopping mall giant Klepierre or Transgourmet – owner of the European Selgros Cash&Carry network to provide locations in their busy parking lots. Broadsign has become the official partner for this growth stage. “These guys allow us to unlock the full potential of DOOH, wherever we are,” adds Matt.

“Now that we have proven that brands like our concept and landowners want to host our chargers, we are gearing up for our commercial phase,” says Matt. ChargeEuropa plans to oversee 1,000 units deployed in keys cities across Poland, Croatia, Bulgaria, Chile and Philippines over the next 24 months. Euan believes that “the real test is no longer whether our concept works, but how fast will we be able to scale our network over the next two years to meet the massive surge in demand”. 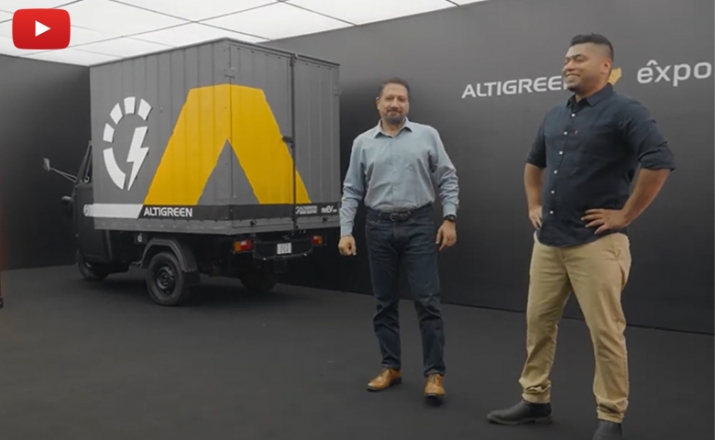 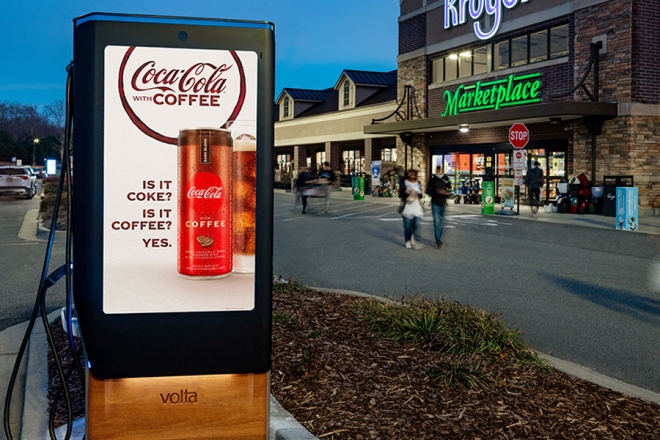 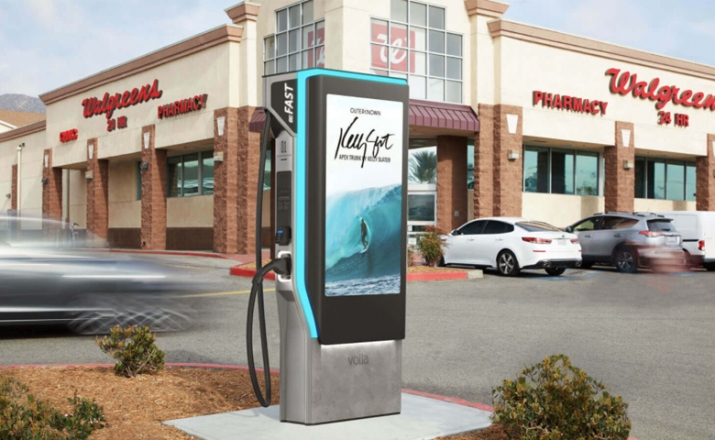 Volta collaborates with Walgreens to expand reach in US