Even as key Indian OOH players envision business forays into emerging markets overseas, Bengaluruheadquartered OOH entity IKON took the pioneering initiative to execute a multi-city campaign for hospitality major Holiday Inn Express -- a part of InterContinental Hotels Group -- in Indonesia. The campaign, which was planned to promote the launch of Holiday Inn Express in the dynamic South-east Asian country, was principally executed at the arrival terminals of airports of Jakarta, Bali, Surabaya and Semarang. Through this campaign the hospitality major sought to establish deep connect with business travelers in the country. 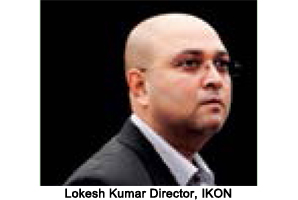 Like any overseas venture, rolling out this campaign entailed tackling challenges like communication gaps between different stakeholders involved and other local issues. However, with TPM Outdoor at the helm of the project, the challenges were handled with consummate ease, said Kumar, while adding that IKON has always pursued a collaborative approach in doing business and therefore works with different partners in different markets.

Kumar expressed hope that this campaign, launched on October 10, would set the tone for IKON to grow its global business footprints, especially in the promising South-east Asian region. He also said that the experience gained from launching this campaign would serve as vital insights for working with tourism brands in different markets. Notably, IKON took a mere 15 days to roll out the campaign. Kumar said in closing that to do business in competitive markets OOH firms should have to think smart and act fast.
Tags : IKON Lokesh Kumar
Advertisement