Kolkata based production house campaigns using AR and VR installations across malls and other prime spots across Kolkata to promote their latest movie, Professor Shanku 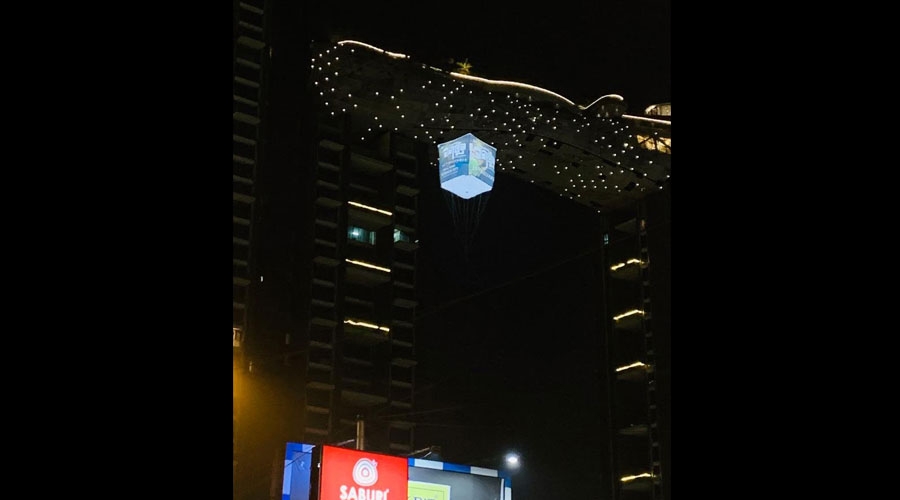 Satyajit Ray’s highly celebrated fictional character, Professor Shanku comes to theatres on 20th December and to promote the movie, Professor Shanku O’ El Dorado, the production house, SVF Entertainment will launch an extensive campaign across Kolkata from 6th December. In keeping to the theme of science fiction genre, SVF Entertainment resorted to AR and VR form to promote the movie. 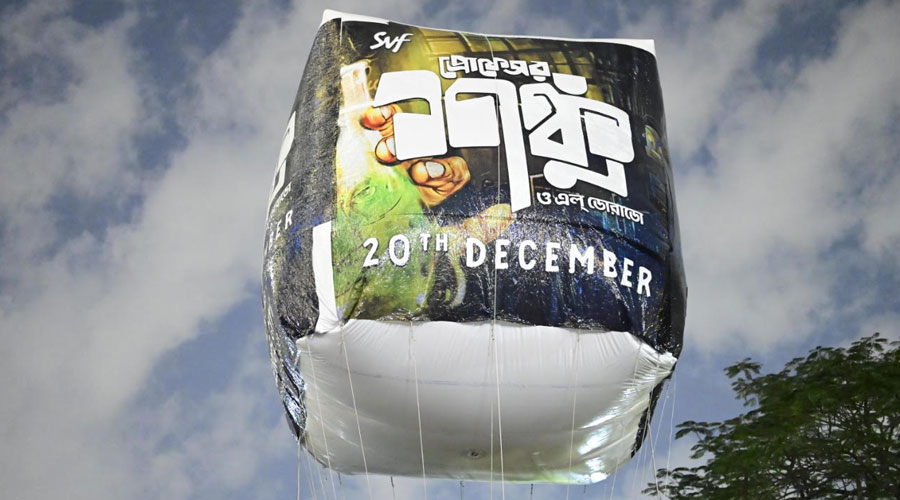 Claimed to be the first time ever to leverage the AR/VR experience to promote a movie, the production house partnered with the technology company, Andreal. For the campaign, the ‘Shanku Flipbook’ will be made available across all Inox & PVR properties in Kolkata, Lake Mall and Science City. It is a 20-page interactive book designed for kids. It is no normal book but made completely out of AR technology where the images from the trailer, comic strip etc. will come alive from the pages of the book when clicked with a ‘Shanku app’ (available on PlayStore). Also seen in the book will be a map from India to Amazonia, interactive games with Shanku & Nakurbabu, various inventions of Shanku coming alive through the screens of our phone.

Additionally, 'Shanku AR Cutouts' will be placed across important tourist attractions like Science City & Eco Park in Kolkata. These 6 feet - 8 feet cutout of the protagonist Professor Shanku are designed in such a manner when taken a selfie with it, it seems that the character has comes alive from the cutout. 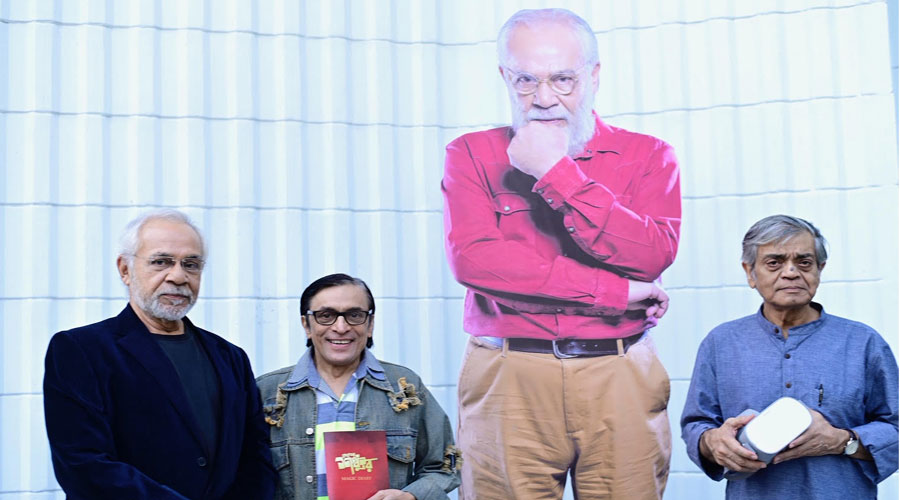 Another interesting and unique aspect will be the ‘Shanku VR experience’. A VR headset/ gear will be available across Inox & PVR Properties in Kolkata, Lake Mall, Science City which when worn by people will transport them to Shanku’s laboratory where Shanku will be seen talking to them while moving around in his lab. This experience is so real that anyone wearing it will forget for a moment where they are located or what they are doing. 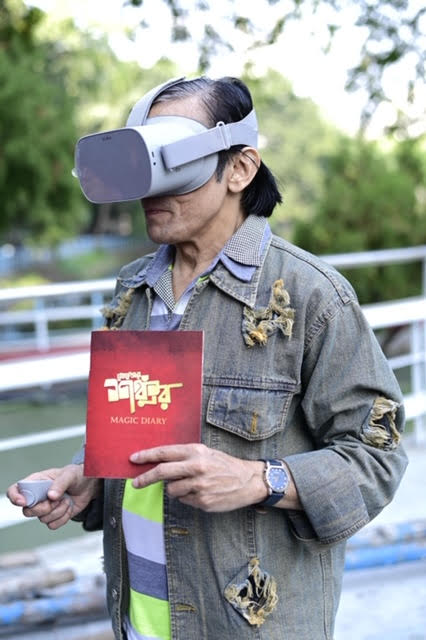 Talking about this out-of-the box experience, Co-Founder & Director of SVF, Mahendra Soni said: “Satyajit Ray gifted the Bengali readers a science genius who made some of the most brilliant and crazy inventions ever. Since this is the first time Shanku will be coming onto the big screen, we decided to gift our Bengali audience something larger than life, just like the character himself!”

Elated and excited with this new form of promotion, Director of the film Sandip Ray goes on to say: “When my father created Shanku, he bestowed him with a technological understanding way ahead of his time. Therefore, many years later when we are bringing him alive on the single screen it is fitting that he can be experienced through some of the latest technology like AR & VR.”

AR and VR form of promotions will be available from 13th December onwards, till 25th December at the mentioned locations.

Located inside the Science City premises in Kolkata, at a height of 150 feet, the ‘Professor Shanku Sky Balloon’ is placed at an optimum position from where it can be viewed by city travellers from various parts of the city during the day and the lit up version is visible at night from different parts of the city. Interestingly the location for the ‘Professor Shanku Sky Balloon’, is Science city pays ode to the protagonist Professor Trilokeshwar Shanku. The balloon as been installed on 6th December and will remind till the first week of January. 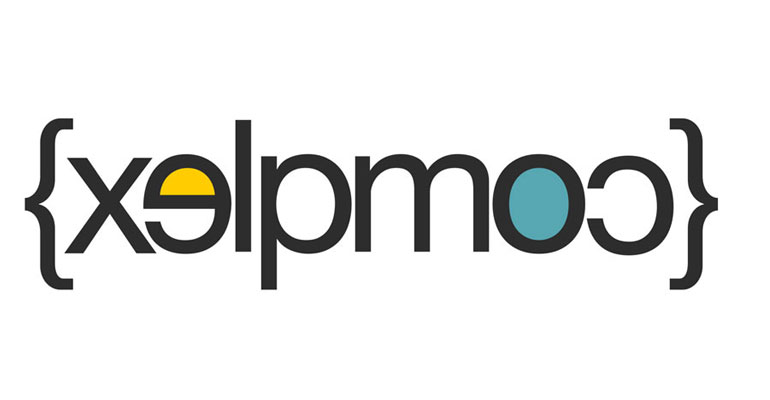 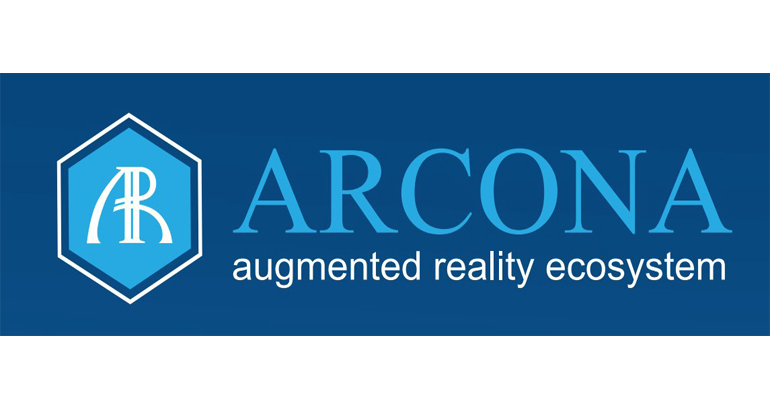