Home » Viewpoints » ‘All set for the long haul’

‘All set for the long haul’ 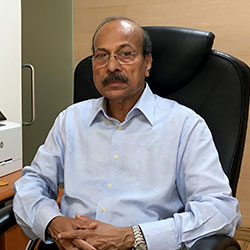 The Kannur International Airport is like a jewel in the crown of the city of Kannur, bringing the world closer to this picturesque region. How well connected will Kannur airport be in the coming years?

Kannur International Airport has a large catchment area. The airport is not just catering to the city of Kannur alone. Rather, the catchment area extends to the entire northern part of Kerala covering certain parts of Kozhikode district, whole of Kannur, Kasaragod and Wayanad districts, Mahe as well as Kodagu and Mysuru districts in Karnataka.

The Kannur airport has been designed to handle a large volume of passenger traffic. Also, this catchment area has perhaps the second largest NRI population in Kerala, comprising people who are working in the Gulf countries and those that are doing business there. We have seen that those doing business in the Gulf countries are frequent travelers, with some of them travelling to and fro almost every week of the year.

The Kannur airport also caters to local tourism. The airport is a well connected with three major tourist destinations – Wayanad, Kodagu and Bekal. Besides, Northern Malabar and Kannur itself are known tourist destinations. So, tourism in Kerala and nearby parts of Karnataka.

Tourism in Kerala and nearby places in Karnataka will get a significant boost as the Kannur airport’s connectivity within India and the overseas grows.

I might add that there also quite a few exporters operating in Kannur and nearby areas in business segments like textiles, plywood manufacturing, etc., who are also using airport to reach their business destinations.

Looking ahead, in the next 5 years this airport will become one of the major airports in the country. We have designed the airport keeping that goal in view, and the airport facilities like the Terminals and other facilities measure up to those standards. The Kannur airport has a long runway that suits any kind of aircraft, and we have decided to extend the runway to 4000 meters which will make it as along as the runways at the Delhi, Bengaluru and Hyderabad airports.

How well is Kannur airport going to be connected with places in India and the overseas?

Within India, Kannur airport is already connected with Bengaluru, Chennai, Hyderabad, Mumbai, Delhi, Thiruvanthapuram, Kochi, Goa and Hubbali. In the days to come we will have flights to Ahmedabad and Kolkata.

On the international front, we have flights to Abu Dhabi, Sharjah, Muscat, Doha, Qatar, Riyadh, Kuwait, Bahrain, and in the next 1-2 months we will have flights to Dammam and Jeddah. So, what is left out of this is Dubai, which is the most important destination in the Gulf region. Unfortunately, unless the Government of India and the UAE authority agree to increase the bilateral rights for airlines operating on this route, the air connectivity between Kannur and Dubai will not come about. Right now no bilateral rights are left for any airline from India or the UAE to operate in the India-Dubai sector.

Like in any other airport in Kerala, we expect the demand for flights to be for connecting with the Gulf countries and South-east Asia. We have had requests from airlines in Singapore, Malaysia and Thailand to operate at Kannur airport. However, we have not received the approval from the Government of India for operations of foreign carriers here. We expect the approval to come through, may be after the General elections.

The projected growth in passenger traffic at the Kannur airport will likely generate interest in advertising at the airport. What steps have you taken to engage advertising firms for this?

We decided to invite advertising agencies after the airport became operational.

We have a large terminal building with an area of 97,000 sq.m; we have kept several areas for advertising – at the domestic and international terminals – in both arrival and departure areas.

We also have a large land area within the premises, with long stretches of roads, and a highly visible flyover connecting the Departure side. All these places are vantage points for advertising.

Besides, we have 6 aerobridges that can be branded on the exterior and inside.

We would like to invite advertising agencies who are interested in investing in both digital and traditional media.

Are you planning to offer long-term advertising contracts?

Yes, we can give long-term contracts. Whoever is interested may contact us and we can discuss the opportunities.

We will be giving the rights to a single concessionaire.