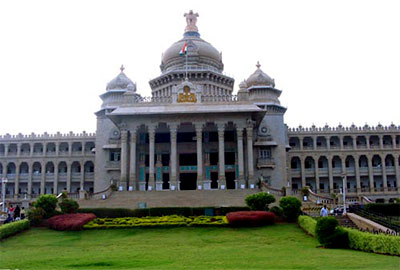 A Division Bench of the Karnataka High Court comprising Chief Justice Dinesh Maheshwari and Justice S. Sujatha has directed the Karnataka government to expedite the approval of the Outdoor Signage and Public Messaging Bylaws 2018, which was sent by the Bruhat Bengaluru Mahanagara Palike (BBMP) for final consent. The urban local body had submitted the bylaws for approval after factoring in the objections and suggestions that had come in from different quarters of Bengaluru.

The BBMP counsel has told the Bench that the state government required some four weeks to examine the bylaws.

The Bench has also asked the city police to be more vigilant on illegal posters and flexes being put up on the streets.

The Hindu reported that the Bench adjourned till January 7 the hearing on the PIL petition related to illegal hoardings, banners, flexes, etc, while indicating that it will pass orders on the applications filed by the individual advertising agencies and their association seeking permission to be part of the PIL proceedings.