Salman Khan will feature on all brand mediums including Television, Print, Digital and OOH; while Jr. NTR will be seen on all print and OOH communications in South India 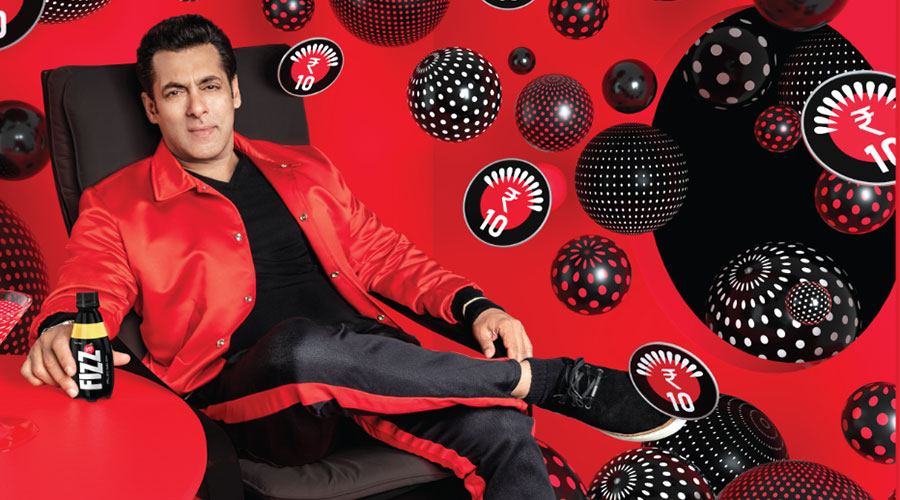 Parle Agro has announced the launch of a new summer campaign for Appy Fizz. The new campaign urges consumers to #FeelTheFizz by rising up and following their passion. With marketing spends of Rs 75 crore, Parle Agro has adopted a hyper local marketing strategy with various initiatives to further connect with the consumers across India. Salman Khan will feature on all brand mediums including Television, Print, Digital and OOH; while Jr. NTR will be seen on all print and OOH communications in South India.

With nearly 99% market share in the sparkling fruit drink category, Appy Fizz’s new brand campaign will play a pivotal role in consolidating Parle Agro’s foothold nationally with Salman Khan as the brand ambassador and Jr. NTR as the brand ambassador for Southern markets. Appy Fizz, this year has commenced its marketing campaign starting from March and further continuing its communications throughout the year.

Commenting on the announcement, Nadia Chauhan, Joint MD and CMO, Parle Agro said, “Appy Fizz, a Rs 740 crore brand, has grown by 70% in last year. Witnessing this phenomenal acceptance from consumers has fueled our desire to chalk an aggressive marketing strategy and build this category to Rs 4,000 Crore. Both Salman Khan and Jr. NTR have a huge fan base that will help us connect with our consumers and actualise this feat.”

Conceptualised by Parle Agro’s creative partner, Sagmesiter & Walsh, the 360 campaign will speak out to the young consumers, encouraging them to unleash their true potential and #RiseUp while achieving their goals in life.

Speaking on the campaign, Jessica Walsh, Partner at Sagmeister & Walsh said, “For Appy Fizz, we have always maintained the intriguing communication strategy, connecting with consumers across the country. Both the brand ambassadors have good screen presence and seamlessly blends with Appy Fizz’s bold and edgy persona.”