Airbnb reaches out to travellers with new brand message

The brand’s new campaign, ‘That’s why we Airbnb’ targets air travellers with a focused communication 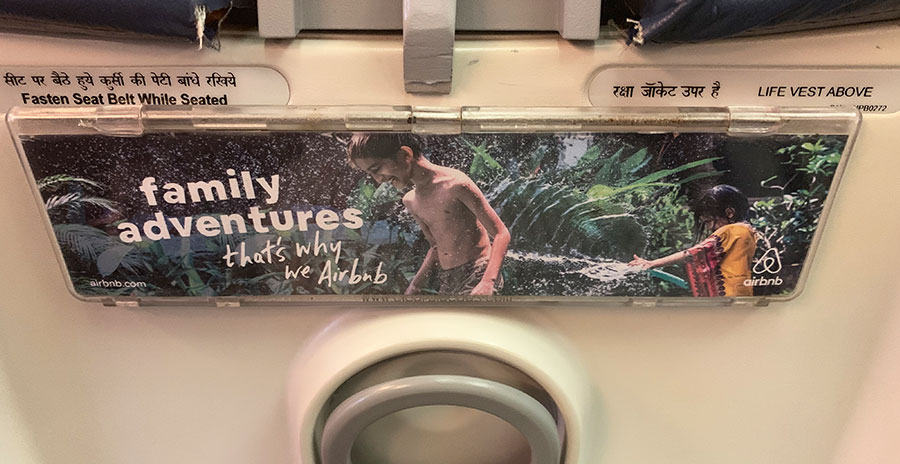 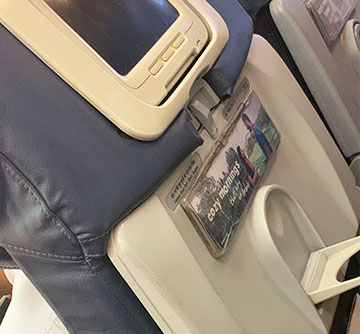 Global community led hospitality brand Airbnb now defines its positioning through a strategic OOH media format – in-flight branding. Spotted by Media4Growth on a SpiceJet flight last weekend, the brand campaign deployed at the back of each seat panel seems to directly target its target audience. The airline media is handled by Atin Promotions.

The brand recently released its new brand positioning with the campaign titled, ‘That’s why we Airbnb’ wherein the brand is celebrating stories of real travelers. The OOH campaign is a part of a 360-degree marketing initiative where the brand is reaching out to different age groups with unique sets of communication. Thus, each seat back panel of the flight has a unique creative showcasing different groups -- youngsters, kids, families, etc.

“Our intention is to let travellers know that there is an Airbnb for everyone. No matter who you are or where you’re travelling to, with Airbnb you will always belong anywhere and everywhere. With this campaign, we wanted to give travellers the impetus to discover new places and explore new cultures, on their terms and that is truly what Airbnb is all about,” Varun Raina, Marketing Manager - Airbnb India, said speaking about the overall campaign.

The campaign has been conceptualized by Wieden + Kennedy, whose MD, Gautham Narayanan, said, “Given that this is Airbnb’s first integrated campaign specific to India, we wanted to find an honest voice for Airbnb and put forward a meaningful message that Indians can relate to. We found that one of the key drivers of travel for Indians was the opportunity to be themselves without fear of judgement. Airbnb is a community that creates space for the many, we felt this was a powerful truth. Naturally, it is best told through real stories of real people who are a part of the Airbnb community.”