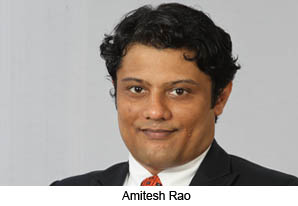 Of course it can be measured. Globally there are ways to measure it. But yes there has to some willingness and commitment from stakeholders to put in the financial investment to put the matrix in place. The technology and tools exist, so measurability is very much possible.

If measurability doesn't come, then it is definitely going to affect our spends. Actually we have cut on our OOH spends in the last 3 years and there is every possibility that we will cut it down further if we don't see measurability and we don't expect something more out of the medium than just frequency building.

Percentage of spend on OOH

The OOH spend varies from circle to circle, but on an average, our circle budget may be around 20% for outdoor. But we have a separate national budget which doesn't factor in OOH.

Primarily there are two things to increase the budgets. First and foremost is the measurability. We don't have anything to understand what ROI we are getting on the spends on the outdoor medium. That is the first step to ensure that the amount of spend is channelizing into this, which is purely as a frequency builder for campaigns that are primarily led by other mediums. So OOH is treated as a support medium primarily for the visibility. If the degree of engagement or innovation that outdoor medium offers increases then automatically more spend will start getting diverted to it.

Primarily we use large format outdoors like hoardings and we also use unipoles. Also, primarily we try to look at arterial traffic, intercity, express ways etc in the city because we treat it as a visibility medium so wherever we get maximum frequency building opportunities we use those formats. Currently I would say we use conventional outdoor formats.

We have been using it so far in a sporadic way. Primarily we have been using it only at places where there is a captive audience -- like corporate parks, gyms etc. It varies on a campaign to campaign basis. The reason behind this is that digital is nothing but a TV showing a TV commercial, there is no interactivity and engagement and until it comes in, it doesn't become a primarily attractive medium for us. Currently we have included it as a part of media plan and sporadically use it during big campaigns only to increase frequency building. Technologies exist to make digital OOH a lot more engaging and interactive for the consumer. If these things start coming into play then we will go for digital OOH.

It is largely true that creative agencies lack in giving equal preference to OOH medium as compared to other mediums apart from a few examples that we get from some award winning work. But on a day to day basis, OOH medium is not treated as a primary expression of creativity. I guess this will change when more technologies and innovations start getting integrated into it. Creative people essentially look out for the mediums which can express the idea best. Today a large number of them would either go for TV or online. But it is a fact that we are seeing a lot of examples from all parts of the world of some fantastic innovations, interactions and engagements that outdoor and ambient media offers. I am sure once the technologies come in, the creative people will also start paying a lot more focus and attention to this medium.

The medium has to be available, nobody needs to do anything to get their attention. I can't force my creative agencies to do something that they don't want to do and neither can they force me to do something that I don't want to do.   If there are four-five primer competing mediums in the country available, the natural law of the jungle will say that creative people will put energies into a medium which offers them the best opportunities to express their ideas and if OOH becomes that medium then automatically they will gravitate there. The medium should have the capability and a flat and static medium has a very limited capability to express the idea.

In our case we never had any issues in terms of delays in payments. What does tend to happen is that there is not enough transparency in evaluation and the process of invoice, billing and measurability, therefore those issues are definitely there, but for us as a client there is no difference between TV, OOH, Print, Radio and Digital. They are all paid and it is not that OOH media owners face anything different from what any other media owner faces.