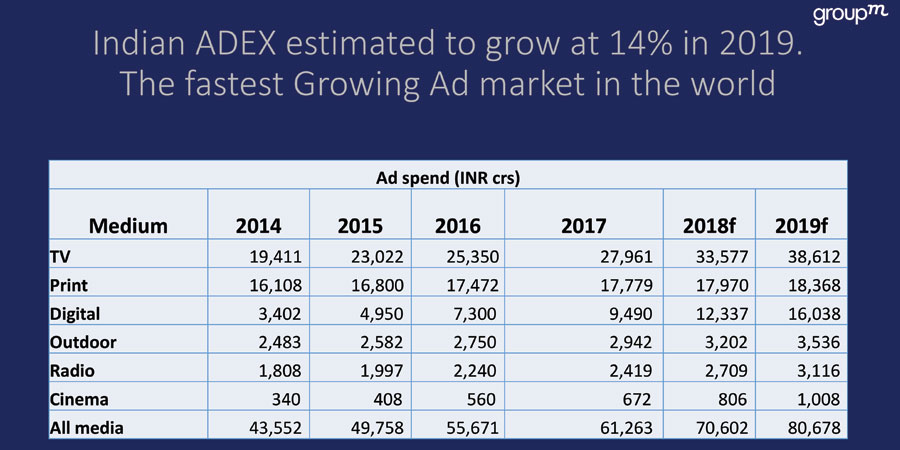 GroupM, the media investment group of WPP, announced their advertising expenditure (adex) forecasts for 2019. As per the GroupM report ‘This Year, Next Year’ (TYNY) 2019, India tops the list as the fastest growing major ad market in the world. TYNY forecasts India’s advertising investment to reach an estimated Rs. 80,678 crore this year. This represents strong estimated growth of 14%, for the calendar year 2019 (approx. 2x of the GDP growth).

India will be the third highest contributor to the incremental ad spends, only behind China and USA and the tenth fastest growing country with respect to ad spends across the globe.

Speaking on the TYNY 2019 report, Sam Singh, CEO - GroupM South Asia said, “While we are estimating the global advertising expenditure to grow at 3.6%, India would be witnessing the fastest growth at 14% and reach an estimated Rs.80,578 crores. This would be approximately 2x of the estimated GDP growth in India. This also makes India the 3rd largest adex growth to the worldwide ad spends. We expect sustained and stable media investment growth across categories in India”

This year 37% of incremental ad spends will go towards digital advertising including mobile. The scale at which we are witnessing this digital transformation, GroupM estimates the Digital Adex to continue to grow by 30% in 2019 to Rs. 16,038 crores.

Prasanth Kumar, Chief Operating Officer - GroupM South Asia said, “Indian ad spends CAGR between 2014-2018 is at 13% and 2019 expected to witness a higher growth. India is unique among key markets and will witness growth in all media segments and not just digital. Offline media is poised to continue to grow and will contribute to being around 80% of ad spends in 2019.”

Television will continue to grow at a steady pace. This year, the growth rate for TV is estimated to be 15%.

Print is estimated to grow by 2.2% and the share of print to all media is expected to be at 23%. While it is expected for both English and regional languages to grow, regional will see slightly higher growth. Vernacular will continue to thrive on both TV and print. However, the report states outdoor share of adspend reducing to 4% in 2019 from 5%. But it is pertinent to note that the report captures only the wall painting format.

This year Radio is expected to grow at 15% which is higher than the last couple of years. Cinema will grow at 25% in 2019, as 2018 saw more titles winning audience at the box office. In 2019 GroupM expects cinema to shift from title-based advertising to continued advertising through the year. Lower tax on cinema tickets is expected to drive more footfalls to theatres.

GroupM also presented some of the biggest trends that will shape the media Industry in India in 2019. The trends presented were around emerging technology, data, content creation and distribution put the consumer at the center and underline the theme of digital driving the change across all formats of media. The trends touched upon the TRAI tariff order implementation as well its potential impact of increasing original programming and investments on content across broadcaster networks.

Tushar Vyas, President Growth and Transformation - GroupM South Asia said, “With the surge of technology, better insights and relevant engagement across different platforms, we are expecting marketers to build superior consumer connections for brands. 2019 will witness a faster growth in digital and we are expecting digital to be at 20% media mix. As we are witnessing one in every three Indians digitally connected, we can expect the convergence of data, digital and content to deliver seamless and powerful solutions to brands as well as constantly adding inventive practices into the market.” 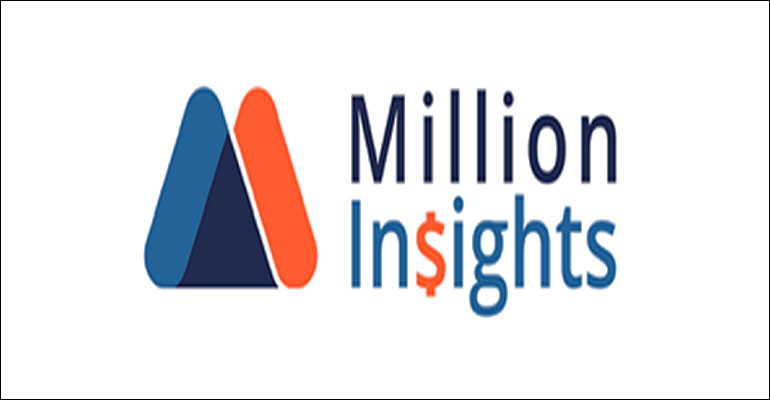 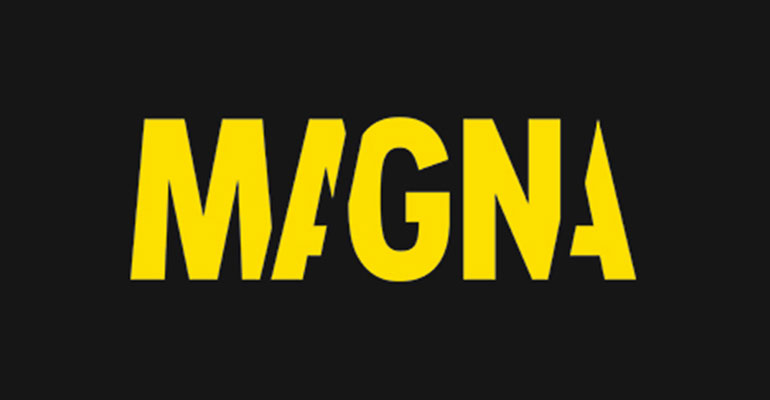 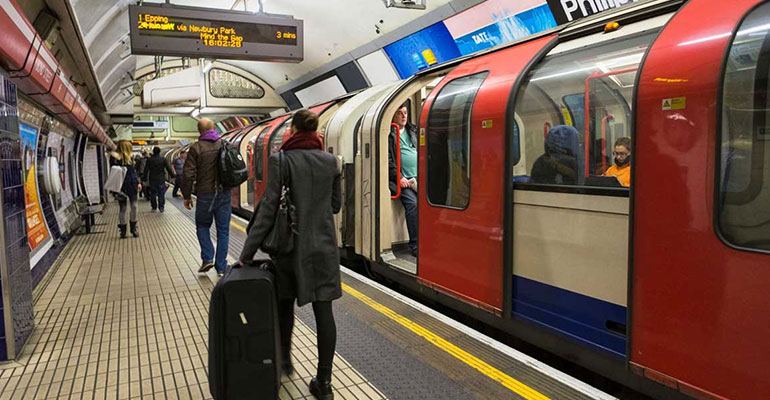