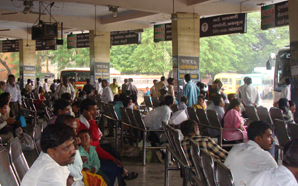 Pune-headquartered Vritti i-Media is spreading its wings in delivering bus station audio advertising solutions. The group, which has media and technology divisions, introduced a programmed bus station announcement system for bus stations in Maharashtra some seven years ago. The system also became a powerful medium for advertising. Buoyed by the success, the company has forayed into Karnataka with similar solutions, having marked its presence in states like Punjab and Goa.

Commenting on the company's foray into Karnataka, Virendra Jamdade, Managing Director, Vritti i-Media, told Outdoor Asia that they are running the system in several bus stations in north-east Karnataka, in the Gulbarga region, north-west Karnataka, in Hubli, and now in the Bangalore-Mysore region, having tied up with Karnataka State Road Transport Corporation (KSRTC) earlier this year.

Jamdade said the solution is essentially designed for non-metro bus stations but is now in demand in the metro bus stations as well. Vritti i-Media installs the public utility on a build-operate (BO) basis and gains advertising rights to the utility. That is, it uses specified time slots on the address system to draw in advertisements. 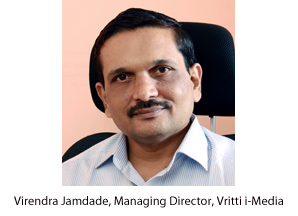 Commenting on the advertising potential for this medium, Jamdade said that a whole gamut of brands have advertised on this medium, from agriculture-based companies to banks, educational institutes, consumer goods. "We have more than 80 corporate brands using this medium.â€


Vritti i-Media is reaching out to a significantly large audience through the audio announcement systems. On any given day, the medium connects with 35,000-40,000 passengers at each bus station, which can go up to a lakh in some of the private bus stations that see a movement of over 2,000 buses a day. "What's more, this medium is reaching out to a captive audience who are closely following the bus arrival and departure announcements,â€ he said.

Currently, Vritti i-Media has rights to 80 bus stations in Maharashtra, 43 in North-East Karnataka, 69 in south Karnataka, 13 on Goa, and 15 in Punjab. The company is seeing a 60-70 per cent business growth year-on-year in this segment.
Tags : Vritti i-Media Virendra Jamdade Karnataka State Road Transport Corporation
Advertisement