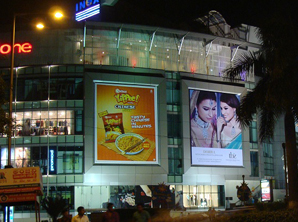 Sunfeast Yippee, ITC brand launched its third variant of Yippee called the Chinese Masala. To make a loud announcement about it, brand has rolled out an outdoor campaign in Hyderabad market. The OOH campaign duties were handled by OMI, a division of Laqshya Group.  The three-week campaign is high on visibility and characterized by tasteful creative's. The key objective of the campaign is to spread awareness on the variant launched. The brand intends to target the kids aged 7-12 year olds who are the influencers and the decision makers being the mothers- housewife and working professional. The plan was also to reach out to the mass announcing the arrival of the new variant.  The media plan suggested has been a good mix of giant sized billboards and bus shelters considering the TG. 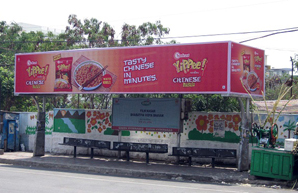 Commenting about the opportunity to be associated with this brand, Jude de Valliere, Sr. Vice President, Laqshya Group said, "We are delighted to have worked with ITC Foods. It is a great brand to be associated with, but more importantly, they are a great client to work with. We had to deliver the most impactful plan for announcing the launch of new Yippee Chinese Masala and I am thrilled that the team has ensured the same."The challenge was to reinforce the brand along with announcing the new variant. Media we suggested were quite outsized units meant to create a lasting impact and illuminated bus shelters were further used to bolster the impact".
Tags : Sunfeast ITC OMI Laqshya Media Jude de Valliere
Advertisement