POOHM | The revolution of outdoor advertising

Can-Victor Sahin, Co-Founder & CEO of Berlin-based Retalos, provides an analysis of how Performance Out-of-Home Marketing (POOHM) will provide advertises with inbound data feedback on the lines of online media.

Imagine you are the marketing manager at an FMCG company. Your task at hand is to set up an ad campaign for the newest product innovation.

So, you sit down at your desk, open your laptop, go to your favourite ad manager, and set up an ad campaign. You develop different creatives, you define the target group, your budget, campaign duration, etc.

Meanwhile, you know that measurability is the key to success. You worked hard on the initial creatives but you understand that they are not optimised yet. You have to analyse how the audience responds to your creatives, so you can select the most promising ones and improve them along the way. The longer your campaign runs, the more data you get, the better your creatives become, and the more effective your whole campaign becomes. Now comes the twist: you are doing all this not with the Google Ad manager and also not with the Facebook Ad manager. You are not even buying online ads. Instead, you are booking outdoor advertising, commonly referred to as OOH, in the streets of Manhattan.

How would that be possible? The first leasing of a US billboard happened in 1867. And for another 150 years, there was not much innovation – a billboard was a billboard. You design it, you print it, you hang it up, and you hope for the best. If sales go up while your billboard is up, it certainly was effective! …Well, it may have also been due to the sales promotion that ran the same month. You don’t know. …you only know that there was some effect on brand awareness. And that was all that OOH was – and mostly still is – about: branding.

The first big innovation came around 2005: digital screens – turning OOH into DOOH. Now you could finally have moving ads, but you still had to book them long in advance, in big media bundles, without flexibility, and without any direct data feedback.

The newest trend today is Programmatic – turning DOOH into pDOOH. With pDOOH, you have an interface similar to an online ad manager. This means you can book ads short-term, for specific locations, and play them flexibly or even automated for external events. For example, you may want to play different ads depending on the time of the day, the weather, and special events in the city. More precisely, pDOOH allows you to integrate various data points into your OOH strategy. And as you know, more data means better efficacy and efficiency for your ads. However, there is still one major drawback compared to online advertising: the data is mostly passive. You have almost no inbound data feedback and therefore you cannot directly measure performance metrics like conversion or ROAS.

The future of OOH may, however, offer all these benefits as well. We could call it Performance Out-of-Home Marketing (POOHM). Performance marketing is defined by Gartner as “an online marketing and advertising program in which advertisers pay marketing companies only when a specific action is completed, such as a sale, lead or click.” The common advertising cost measures are CPM (cost-per-thousand), CPC (cost-per-click), CPL (cost-per-lead), and CPA (cost-per-acquisition). Currently, the only measure that could be remotely served in OOH is CPM, based on assumed impressions for a specific location. Those assumptions, however, are typically far from precise, as they are based on past observations and underlie a conflict of interest on the advertising space provider’s side. Now, what could OOH do to serve all the measures adequately?

As so often with innovations, the answer lies in technology.

A straightforward way to allow for CPM are sensors that may not only measure the amount of people walking by, but even detect their age and gender in a GDPR-compliant way. For example, the sensors from sensalytics measure visitor frequency in real-time. Furthermore, they divide the observed space into different sub-spaces, making it possible to count not only the total number of people but also the percentage of people who came closer to the advertisement, and even their length of stay. With CPC it gets much trickier. For the world of OOH advertising, we are going to assume that a “click” refers to any sort of active interaction with the advertisement. Now, one trivial way to capture the amount of interactions would be QR codes – an effort many brands have already tried out – and to count the number of people who scanned the code. The problem, however, is: QR codes on posters are usually highly ineffective because only rarely people will want to take the time to grab their phone only in order to interact with an advertisement. A more seamless way may be motion-trackers in combination with interactive content. For example, the advertisement for a nose-spray could ask people walking by to touch their nose – and only when they do it, the rest of the advertisement is played. Now, the advertiser could count the number of people who touched their nose and thus interacted with the advertisement.

For CPL the customer needs to leave a trace, so that they can be included in the database as a lead that will possibly be passed over to the sales team. Again, QR codes could do the job here if there wasn’t their inefficacy, thus making them an inadequate tool to successfully gather and measure leads – at least if used just by themselves. A solution here may be to combine a call-to-action with a giveaway or a special offer. For example, for the launch of a new beverage, there could be a giveaway of 10,000 units. Now, people would have to visit the advertiser’s website, via URL, QR code, or NFC, and type in their address or contact information in order to get a free drink. While this strategy is already being implemented by some advertisers, in the future hopefully new, innovative measures evolve that allow for a seamless experience and thus more effective and significant lead generation.

Finally, the supreme measure: CPA. Here, the advertiser only pays when a customer is actually acquired, which usually means that the customer bought something from the advertiser after seeing the ad. For some product categories, for example fashion and technology, an omnichannel approach similar to the previous CPL example may work here. A more direct way to truly express this metric would be to combine the advertisement with a point-of-sale (POS). At Retalos, exactly that is done by creating the future of vending machines – equipping a POS with a 55” touchscreen and offering all the tools needed to measure impressions, interactions, and, finally, sales.

Even with all measuring technology, CPC, CPL, and CPA will probably always be combined with CPM. Due to the nature of OOH and the value in brand awareness it brings, advertisers will most likely still be charged just for playing the ads in certain locations to a wide audience. What would, however, change is that advertisers can receive a strong inbound data sign that serves as a great indicator for the strength of the ad – allowing for continuously improving the ad along the way. Now, does this mean that online marketers will soon be able to book ads and develop their campaigns the exact same way as they do it with their online ad manager? Most likely not. OOH is, and will still be to a large extent, about brand awareness. Even with all technological advancement, OOH ads are shown to a broader audience compared to a targeted online ad. Furthermore, online ads are highly standardised in the way they are played and measured, while for OOH ads there is much playroom for how to measure impressions, clicks, leads, and acquisitions. To take the original nature of OOH into account, CPM will likely stay the predominant cost model.

Meanwhile, more and more possibilities will arise to accurately measure the advertisement’s performance in the OOH world - which in turn means that it will be possible to optimize better for maximum efficacy. And with some brands spending over $50m on OOH in the US alone, improving efficacy by only a few percent could already have a big impact. 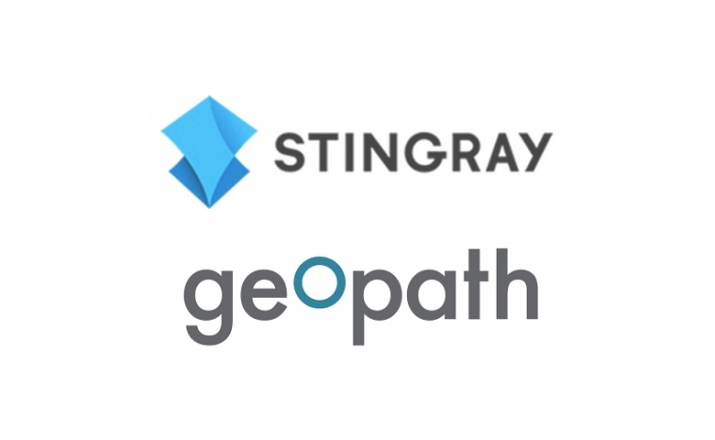