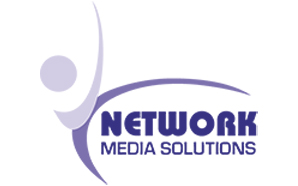 Mumbai-based Network Media Solutions LLP, known for its innovative solutions in the transit segment, recently introduced'audio jingles' on the western line of the Mumbai Suburban Railway and is gearing up to introduce this innovative audio system on the Central line in July-August this year. The firm's Managing Director Ajaz Memon explained that the idea of playing audio jingles on local trains was developed both for brand advertising and to deliver social messages.

Memon added that the concept was developed over a year and a half back - in tandem with TG Connect. However, establishing a software that sends out the message at the right time and place was tough. "Due to delay in train timings the jingle would play while the train was stationary at a platform instead of it playing in between stations,â€ he said.

After multiple failures, the firm sought the help of a Belgium-based software company that deals with railway announcements known as Telvik. Memon stated, "I wanted the 15-second jingles to be as clear, crisp and powerful as the announcements made about train arrivals.â€ Telvik made this possible for the company by providing a software that played the jingles exactly mid-way between two stations.

As many as 68 trains are already equipped with audio jingles system. The first jingle to play was that of a real estate agency Unicorn Global Arena set up in Naigaon (E). Memon said, "The outcome of the campaign was a huge success. People followed the announcement made and dialled the given number to find out more about the offer provided -- from the first day itself. By the third day of the campaign the estate agency's phone lines crashed due to a surge in calls causing them to take a break from the campaign.â€

Companies such as NoBroker.com and Pushpam Infra are among some of the other advertisers.

Memon explained that in order to avoid monotony of the advertisements among daily commuters, the campaign is spread among ten different trains with varied timings for ten days. Three advertisements are repeated for different brands at every fourth station. TG Connect has acquired the copyrights of the audio jingles concept.

Plans are afoot to take this concept to cities like Delhi, Kolkata and Baroda.