The Council, which constitutes equal representation from agencies and media owners, handles complaints related to payment terms, discrepancy in documentation, and non-adherence to contractual terms 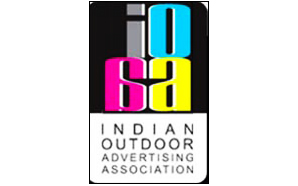 Even as the Indian OOH industry grapples with the long-standing issue of delayed payments and defaults, the Credit Control Council set up by the Indian Outdoor Advertising Association (IOAA) in June 2012, is taking strident steps to address credit-related complaints on behalf of the Association members. The Council, which constitutes equal representation from agencies and media owners, handles complaints related to payment terms, discrepancy in documentation, and non-adherence to contractual terms.

As per data released by the Association's secretariat, the Council has acted upon 58 complaints until May 2014 with 50 per cent success. Among various steps taken, it has enforced embargo on six agencies against which complaints were received regarding default in payments.

Commenting on the Council's success thus far in dealing with the complaints, Pawan Bansal, Chief Operating Officer of Jagan Engage, who is the Co-Convenor of the Council, told Outdoor Asia that "we actually started with a close to 85 per cent strike rate. That dropped as the number of cases picked up. So, we consider 50 per cent success rate as just par for the course. We need to raise this to as close to 100 per cent. And we are striving for that.â€ 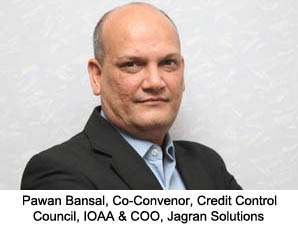 To ensure the effectiveness of action initiated against defaulting firms, the IOAA is linking up with other media organisations like Indian Broadcasting Foundation (IBF), Indian Newspaper Society (INS), Association of Radio Operators for India (AROI), and Events and Entertainment Management Association (EEMA) to share information on perpetual defaulters and embargoed organisations so as to mutually benefit the trade from business malpractices. "We look forward to creating a common platform between all the associations to share this information against credit malpractices,â€ said Bansal.

The Association found that certain agencies when embargoed by the IOAA set up new agencies to cater to other mediums. As the other media associations were unaware of the embargoes placed by the IOAA, sharing of the Council's credit system information could help a greater number of organisations to ward off defaulting firms.

Speaking about the effectiveness of the Council's punitive measures, Bansal said steps like embargo are seen to be exerting a certain pressure on companies that have not paid up their dues to the media owning firms. "We have been talking to the industry in different cities and states continuously. At every city association meeting, the biggest complaint that media companies have is about payments. So it is not difficult to initiate a dialogue about effective steps to recover legitimate dues,â€ said Bansal, adding that "this is one topic on which all media companies across the country are absolutely united. No one wants to see their hard earned money disappear in vague arguments about client not paying or forced disputes.â€

Bansal noted that this problem has compounded "due to a spate of new "agencies" being formed by ex-employees of known agencies and demanding credit terms on par with their ex- employers.â€ Small and even medium sized media companies are seen to succumb to such demands and give credit "only to regret the fact six months later when they realise payments have vanished along with the agencies and the rosy promises,â€ he said.

Apart from the Credit Control Council, the IOAA is also working on agency accreditation with the credit terms eligibility being clearly defined. When that is finally implemented, incidence of bad debts in the industry will surely reduce, he said.

IOAA is in the process of signing an MOU with The Advertising Agencies Association of India (AAAI), whereupon the IOAA will form a Joint Working Committee with an online credit control system to monitor the adherence to the SOP prescribed by the IOAA. The JWC will have equal representation from media owners and agencies, which further shall reinforce the already established Credit Control system and automate the entire process.
Currently, IOAA members can file complaints and a defaulting agency can escalate an already registered complaint to the client, if the client is defaulting. With the signing of MOU with the AAAI, the JWC shall be implementing the credit control process.

Bansal said: "We have proposed a high level cooperation between INS, IBF, Radio Operators and digital advertising organisations where defaulted information is regularly exchanged and is known to all media associations. Often, default in any one medium is a precursor to larger scale defaults for entire campaigns run in multi-media platforms. These typically lead to large amounts being lost. With the new format we are proposing, these will be largely prevented. We are already in touch with these organisations and some have already responded very positively. This new step should be in place this year itself.â€

The current process is stretched over 30 to 75 days to provide maximum support to both the parties involved in a credit case. Yet beyond 75 days of non-settlement the defaulting company is given two warnings before initiating an embargo, which is then retracted on complete settlement of dues to the complainant, and the cumulation of complaints received thereafter. An agency which has three or more live complaints is given seven days to respond and work out a settlement plan, failing which it directly goes in to embargo.

When asked what steps would be taken in instances where the defaulting firms do not comply over a longer period of time, Bansal said: "Such firms need to be permanently embargoed besides legal procedures being initiated against the promoters of such firms at individual level to prevent them from simply starting a new company and continuing with life as if nothing has happened.â€

Overall, he felt that the credit system has contributed to a marked improvement in payment practices in the industry. "This has been reported to us by the industry itself,â€ he said.
Tags : Credit Control Council Indian Outdoor Advertising Association Pawan Bansal Jagan Engage Indian Broadcasting Foundation Indian Newspaper Society Association of Radio Operators for India Events and Entertainment Management Association
Advertisement