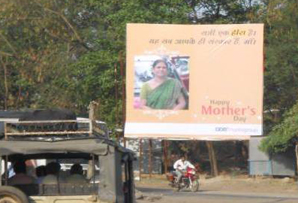 DDB Mudra Group celebrated Mother's Day with a surprise element. The agency decided to surprise mothers of all their employees across offices through an OOH campaign. The campaign was directed towards mothers who don't live in the same city as their children. OOH hoardings/billboards were picked in the city in which an employee's mother resides, and a special message by the DDB Mudra Group, thanking her for bringing up a star, was put up for the entire city to see.

Promoters picked up moms from the cities, and brought them to the location of the hoarding. They had no idea what awaited them. Their reactions were captured and also put up on DDB Mudra Group's social media pages.

On the idea behind this campaign, Sonal Dabral, Chairman & CCO, DDB Mudra Group, said, "At DDB Mudra Group it's always our people before profits. We owe our success entirely to our people. We also believe that much of what they are today is because of their mothers, so we decided this is one day we must use all our creativity to thank the great ladies for it." 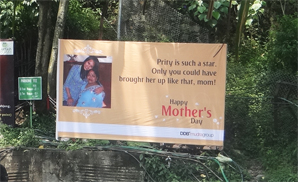 Adding to this Rita Verma, Organisation Development, DDB Mudra Group said, "We took up this initiative to give thanks to everybody's moms. Further, we realised that a lot of our employees live far away from their homes/moms and having the best outdoor agency in the country, we wanted to make the most of this special day by putting up hoardings in the location of the mom's residence. All our social media assets are not just utilised to showcase our work and spread the good word, but we also see it as a very effective employee-engagement platform, and we will continue to do so.â€

Neeti Nayak, Corporate Communications & Public Relations, DDB Mudra Group, said, "Mother's Day is always a special one and the maximum one does for Mother's Day is wish her/send her a text/post on Facebook, so we decided to do it on our employee's behalf. It was about time we thanked her for all the hard work she's put in to bringing up an awesome kid! With the resources that DDB Mudra Group has, nothing is impossible. With the IT team and the DDB MudraMax team led by Aneil Deepak, we ensured we didn't miss a single step, from getting every single SMS to pictures, to videos.  The execution was flawless.â€