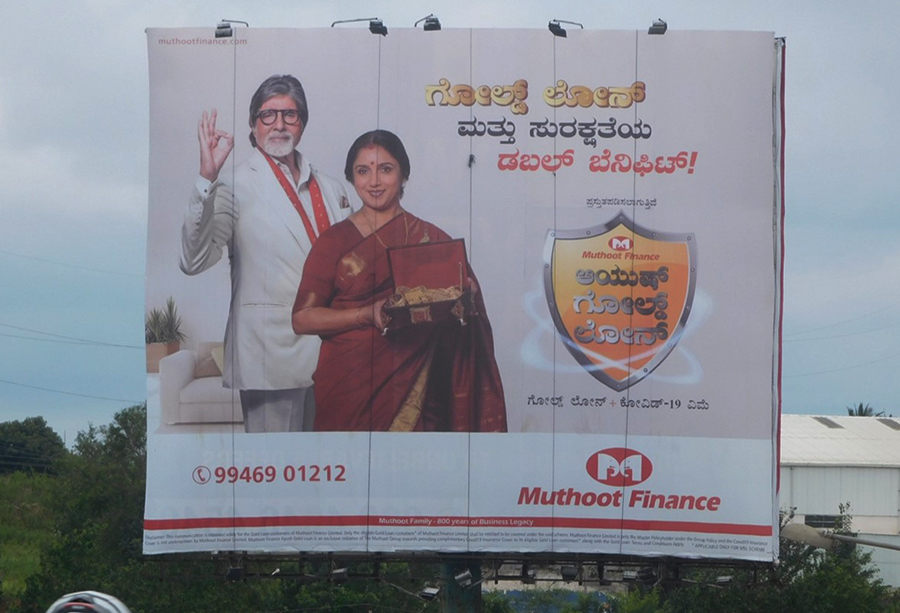 The Covid19 pandemic has drastically changed consumer spending. During these uncertain times, Muthoot Finance is extending double benefit to its customers: Gold loan along with complimentary Covid19 cover up to INR 1,00,000.

Muthoot Ayush Gold Loan is an exclusive initiative of Muthoot Group through which, they will provide complimentary Covid19 insurance cover. To launch this new product, the company has partnered with Platinum Outdoor for an OOH campaign in the southern states.

The strategy for this campaign includes three key parts. The first part consisted of impactful reach wherein premium impact media at high footfall locations in the current scenario were identified.

The second part consisted of covering key Muthoot Finance branches in the finalised cities/towns. New mobility in and around 2 kms radius of the branches were studied and bus shelters were carefully chosen within that radius.

Key cities/towns in Tamil Nadu and Karnataka such as Chennai, Coimbatore, Pondicherry, Salem, Kanyakumari, Madurai, Sivagangai, Tanjore, Theni, Tirunelveli, Trichy, Bangalore, Mangalore, Gulbarga, Hubli and Dharwad were identified and selected for this launch. The campaign went live post-Independence Day and will continue for next 30 days. 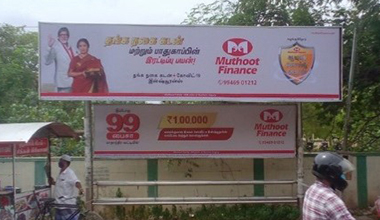 Speaking about the campaign, K. R. Bijimon, Chief General Manager of Muthoot Finance, said, “Muthoot Ayush Gold Loan” marketing campaign is planned to maximise the reach through outdoor campaign which is surely beneficial for consumers during these uncertain times. I am sure that the strategic planning put in by team Platinum Outdoor will go a long way to achieve the objectives of the campaign.”

“This was a well thought out campaign handled by Platinum Outdoor in the southern states. It has a lot of significance as it shows the revival of OOH in the unlocking phase. The campaign was planned using our proprietary tool and mobility data to reach the right audience at the right place. We are elated to have been able to partner Muthoot for this important campaign,” said Dipankar Sanyal, CEO, Platinum Outdoor.