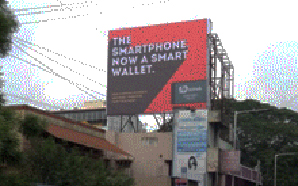 The brand roped in the OOH medium to create an instant impact on the audience. Explaining this, Saurabh Srivastava, Chief Marketing Officer, MobiKwik, said: "The audience is not isolatable and there is a huge overlap between digitally savvy people and people who reside in big cities in key areas. OOH as a medium has a great advantage of creating instant impact which on digital medium is not so easily achievable. I think each medium whether its digital, ATL or OOH has to be seen from the perspective of what it delivers as a core proposition and how it can that be leveraged for the brand.â€ Interestingly, OOH and radio have been used to complement each other. MobiKwik's outdoor campaign delivered a visual impact while the radio created an audio aura around the brand. Hence, without going on television in the first phase of the launch, the company has been able to engage its audience'audio-visually'.

The media planning was done in a way to cover a mix of key large format strategic landmark sites including at the airports for high impact; this included a burst campaign incorporating reach media for widespread visibility along with creation of domination zones across key stretches in every city for added recall as well as enabling an up close and personal last mile reach out to the TG through use of state-of-the-art ambient media displays at captive audience touch points like corporate hubs across target cities.

Commenting on the work done by Havas Media Active, Pankaj Misra, Chief Business Optimizer, Havas Media Active, said, "Havas Media Active's OOH launch campaign strategy for Mobikwik was customised using the agency's insights, prior experience, database and tools to break away from run-of- the-mill OOH campaigns and deliver a high decibel campaign through maximisation of SOV enabling long lasting impact and recall for the brand. As an inherent part of the overall strategy, the significant cost efficacies projected and achieved is another pointer towards an intelligent use of OOH space and the possibilities the medium offers.â€ 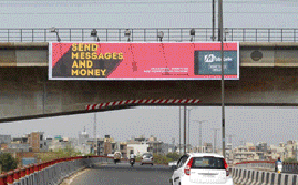 Measurement being an important stand point for marketers today while carrying out brand campaigns, MobiKwik worked with Proof of Performance, which provides analytics for OOH advertising, to audit its outdoor campaign. The OOH audit company claims to have run continuous audit for MobiKwik during the campaign, so that the brand could take corrective decisions if there were any shortcomings.

Srivastava said, "Outdoor as a media is very fragmented both in terms of coverage and how it is sold. We made sure we went with a single large agency which could take care of seamless buying and execution of such a large campaign. We also made sure we were working with the best hands on daily audit and reporting. These two combine with our knowledge on product to measure where the new installs are coming from made for a great measurement tool in terms of optimising the spends.â€

The positive and voluminous feedback pertaining to the Mobikwik launch OOH campaign in such a short period from all quarters received by the agency as well as the client is ample testament to what the OOH campaign has been able to deliver through it apt strategy and planning and buying as well great execution with fast turn-around times. 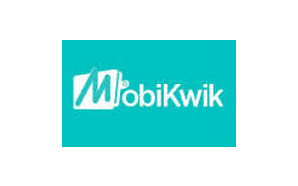 "We received a terrific response across cities and people actually called and tweeted/commented on social handles stating that the campaign was really awesome. Downloads are not a direct outcome of thematic OOH or ATL campaigns as either tactical or performance digital marketing is more suitable. The intent of this campaign was to drive awareness and preference for the brand and I think given some of our brand traffic scores so far have been very encouraging. Installs have grown too,â€ said Srivastava.

"We are thankful for the opportunity provided by the client as well as the trust reposed in Havas Media Active and look forward to building up on the current activity and taking it to an even higher level in future,â€ added Misra.