Santosh Nair, handling the position of Country lead and Category Manager of HP’s India region steps down from his position. 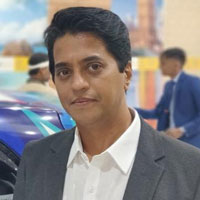 Santosh Nair, working as the Country lead and Category Manager, India, HP, has announced his decision to move on from the printing giant after serving for over a decade.

Nair had joined HP in October 2008 and prior to that he was handling the role of Regional Manager for HP Scitex.

Nair moved on due to career reasons is yet to disclose his new stint.