With the opportunity to run in a billboard-free city, Chennai Metro Rail attracts an interesting repertoire of local, national and international brands. The inventory is only increasing day by day. 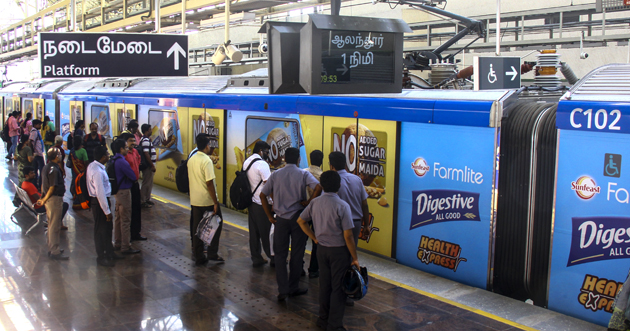 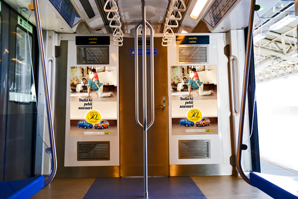 JCDecaux has the exclusive advertising rights for the Chennai Metro Rail Ltd (CMRL) rolling stocks (trains). These include exclusive external wraps, internal train branding as well as a combination of both. The contract is for a period of 10 years and will include all the proposed 32 stations and 42 trains of the Chennai Metro Project where-in each train comprises of 4 Car Coaches. As of now, the initial phase of the Metro has seven trains and seven operational stations. This is JCDecaux's first foray in managing outdoor advertising proposition in Chennai, which makes its presence in a total of four cities, including Delhi, Mumbai and Bengaluru.

Olivier HÃ©roguelle, MD, JCDecaux India, informed, "Chennai Metro commuters will see more brands in the coming weeks, as we are receiving great interest from companies in this branding format moving on the elevated corridor.â€

CMRL was operational in June 2015 and has full scale connectivity on two metro lines spread over 45 km covering 32 stationsâ€”19 underground and 13 elevated. The two metro lines cover key locations and intersections of the city, with an estimated 282 million commuters per year, which is expected to grow at 5 per cent in future.