Participants highlighted their concerns, made recommendations in the course of the RfP pre-bid meeting organised by RailTel on April 21 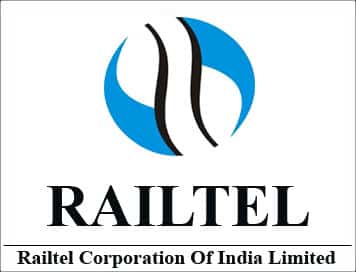 In the pre-bid meeting on the request for proposal (RfP) floated to build, operate and maintain a Railway Display Network (RDN), organised by RailTel Corporation of India via video conference on April 21, the officials representing RailTel highlighted the opportunity of developing the proposed pan-India RDN as “a new media channel”.

Defining the expansive RDN project as an initiative to provide contextually rich and relevant information to rail users along with public awareness messages and entertainment content, while using the latest digital technologies to unlock the advertising potential at the railway stations, the RailTel officials reiterated that bids are being invited for two Regions – Region 1 covering North (522 stations) & East (637 stations) and Region 2 covering West (465 stations) and South (560 stations).

Companies may individually or as a consortium bid for one or both the regions, and the contracts would be awarded to the successful bidder(s) for ten years each, extendable by five years.

Overall, 75,000+ digital screens of varying sizes are to be deployed across 2,184 stations, which would make RDN the largest DOOH network in any market.

The officials added that the RDN e-marketplace platform, website and mobile app will be under the scope of service provider for Region 2. Revenues accrued on this platform are to be shared between the two regions on a pro-rata basis.

In terms of license fee payments and revenue share, it was stated that in Q! and Q2 of Year 1, 100% of the quoted annual minimum guarantee are to be paid, whereas the revenue sharing will be exempted as the service provider is likely to be involved in meeting the capex and putting up the network.

In Q3 and Q4 of Year 1, the revenue share for each month is to be paid within 7 days of commencement of the corresponding month.

In the Years 2-10, 100% of the quoted annual minimum guarantee is to be paid, within 7 days from the start of the relevant annual period, and monthly payment of the revenue share.

In the Q&A segment of the conference, the participants sought clarifications on:

The RailTel officials urged the participants to formally send in their suggestions and recommendations, with the assurance that they would be considered on merit.

A second round of pre-bid meeting will scheduled by RailTel throw more light on the provisions and the issues raised with respect to the RfP.