MOMS executed the campaign for the brand through multiple formats, including a touch of special effects to grab the attention of the audiences. 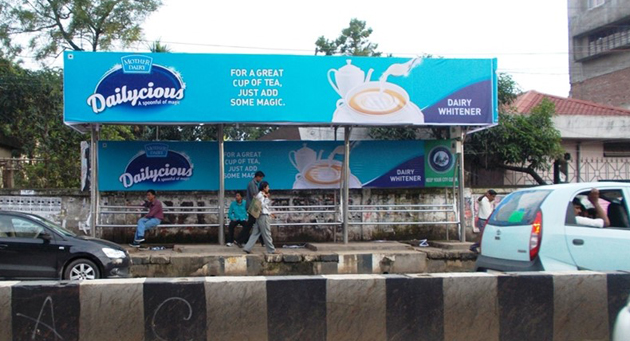 MOMS, the out of home unit of Madison World, executed an alluring campaign for Mother Dairy, which introduced its new Dairy whitener product. The campaign that launched with the name- Dailycious- A spoon full of Magic, was set to reach out to the consumers in Guwahati. 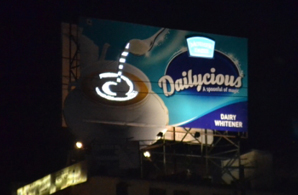 The campaign used multiple formats including unipoles, billboards and bus shelters to reach out to the sizeable target audience. The star of the campaign however was the backlit billboard that highlighted the dairy whitener being poured into a cup of tea. The presentations that looked like innovative cut outs in the daylight, transformed into attractive and bright lighted up mediums once the sun went down. The billboards and unipoles also had an interesting cut out of a cup that stood out from the boards.

MOMS executed this innovative campaign across various sites in Guwahati to reach out to the maximum number of people within the TG. Focus was laid on setting the campaign in the market areas where it would be possible to generate the most response from the audience. The people of Guwahati will be able to enjoy these interesting billboards throughout the 30 day duration of the campaign.