Wrap2Earn revs up the growth engine with technology accelerator “We put technology at the heart of everything that we do.” Stating this emphatically in an exclusive interview with Media4Growth, Elmer Dsilva, Founder & CEO of Wrap2Earn, a tech-driven cab advertising firm headquartered in Mumbai with pan-India operations, said their approach is not just to execute the external branding of cabs but to create a technology layer over a traditional OOH medium. He explained that when Wrap2Earn executes a brand campaign, they also have a driver application loaded in the participating driver’s mobile that serves as a GPS device, feeding datapoints into an online dashboard.

The dashboard, that can be accessed by advertising clients, contains information on any given location of a branded cab at any given time, the distance and areas covered that day, and the impressions delivered thereof. The tracking mechanism also ensures the branding stays on the designated cabs for the entire length of a campaign period, which is of the essence to brand advertisers. Elmer elaborated on this by stating, “We have created a tamper-proof audit system where drivers participating in a campaign are expected to click images of their branded vehicles just before the campaign ends via our mobile application. The images are captured in the system in real-time.”

He pointed out that leading brand advertisers like Godrej have opted for Wrap2Earn media to run campaigns because they are assured of the transparency in the monitoring process, and also get a clear picture of the RoI from the spends. The tracking mechanism becomes particularly necessary as monitoring a moving media like this, involving many cabs that are running on different routes at different times, would be very difficult otherwise. Wrap2Earn has developed the ad technology and applications in-house, and the branding solutions are future-proofed. It is the vision of the management, and the technology-focus that has helped the company to recently close a round of funding from investors based out of India and the US.

While Wrap2Earn was set up in 2017, the new round of funding is expecting to provide a significant growth impetus to the business. Elmer said they are planning to launch a new DOOH offering in October this year, ahead of the festive season.

Back in 2017, when Elmer co-founded the business along with Manuel Fernandes who is the CTO, they were inspired by the success of cab branding companies like Wrapify in the US. Also, while moving around Mumbai, they felt that given the slow moving traffic in the city, “we could employ cars as canvases for them to tell brand stories”. At the same time, they were not deterred by the thought of competing with media operators who were already into similar business in different cities in India. Elmer is of the view that the market is sufficiently large to accommodate multiple operators in the cab branding space, though Wrap2Earn would bank on its technology focus to wrest the competitive edge. Wrap2Earn has engaged directly with advertising clients for 95% of its business, but now, with the funding secured, the company is aiming to up its engagement with the specialist agencies for gaining a greater share of the ad spends.

Elmer pointed out that the brand activation is another facet of their offerings. The activation for Godrej Aer was a case in point, whereby the fragrance canisters were placed within cabs and also QR codes for purchase of the product (with discounted rate) was displayed for the benefit of the cab users.

Elmer said the company engages with 50,000 cabs that are registered with them, and has operations in the Metro markets, as well as cities like Vizag, Nellore, Chandigarh, among others. “We are not competing with the billboards. Rather, our media complements other OOH formats and is integral to a good media mix,” he said, while highlighting the relevancy of the media for a variety of brand campaigns. 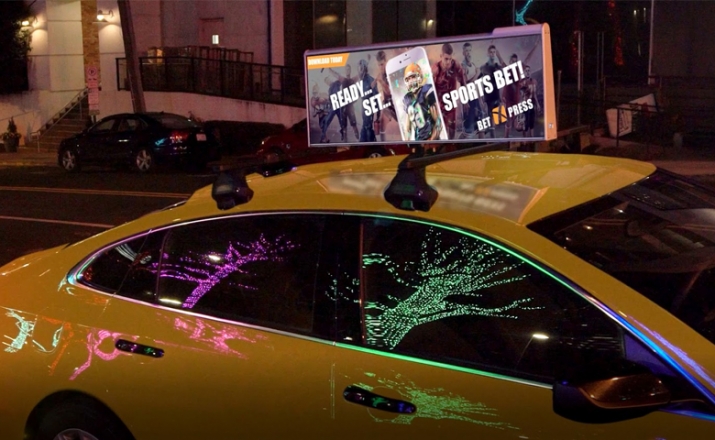 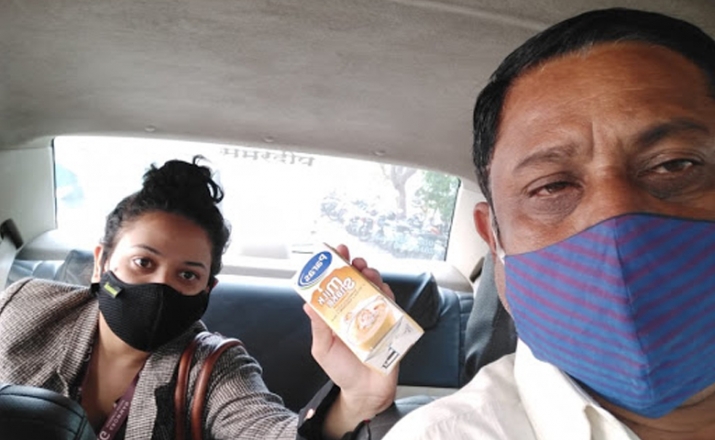 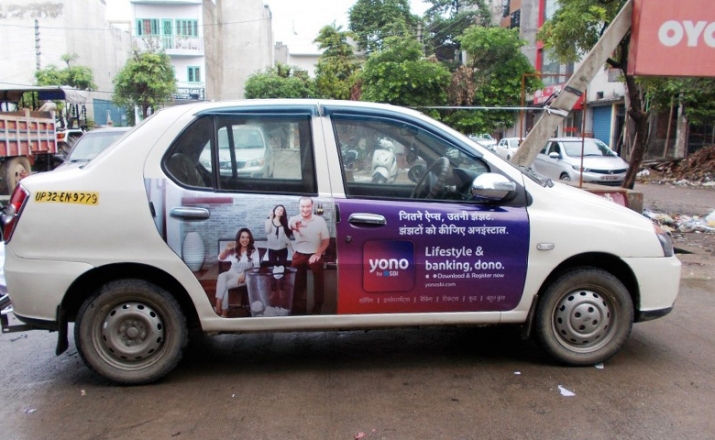