The product launch campaign has explored all the major out-of-home advertising options throughout Kolkata. 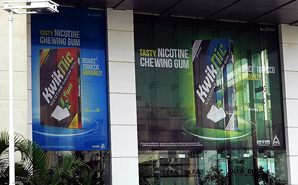 Executed by MOMS, the campaign ensured a robust presence for the brand in Kolkata. Rajeeb Bhattacharya, Dy. General Manager MOMS shares, "As far as the launch of the product is concerned, Kolkata is their third launch after Kanpur and Bangalore. Kolkata being the headquarters of ITC, is a very important market for the brand both in terms of internal and external audience. Kwiknic will be essentially catering to two markets i.e. chewing gum and tobacco respectively. Apart from using the traditional media we moved into the canteens of IT sector and a very varied media mix has been taken into consideration for this campaign. The entire Sector V has been covered as well. The idea was to attract the specific TG for which we have taken all the major transit and touch points in the entire city of Kolkata for 21 days.â€ 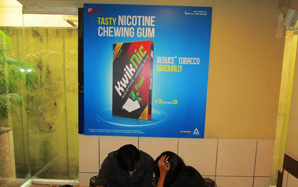 While describing the challenges which the agency had to overcome, Rajeeb further says, "In Kolkata as there are so many media available one need to plan the campaign very cautiously and have to judge accurately that which media option would provide the maximum mileage for that brand. For the purpose of the launch we wanted to build the awareness for the product and thus it was directly a reveal campaign but gradually we may add some activation along with it. We will be rolling this campaign in few other cities very soon as per ITC's launch schedule for Kwiknic.â€
Tags : Kwiknic ITC MOMS Rajeeb Bhattacharya
Advertisement