A fleeting message should work well in a scenario where the audience only have fleeting seconds to register a brand presence. This seems to be the driving thought behind transit advertising. Indeed, with traditional OOH space getting saturated more and more and more brands are looking at alternative OOH options such as transit communication, particularly cab advertising, to connect with the audience. Here's a look at how and the inherent challenges.

A recent OOH industry report shows that transit format has empowered the outdoor medium enabling it to grow and sustain itself in a highly challenging and competitive space. It says that Transit Media has grown at a brisk pace of 13.9 percent surpassing the projected growth of 10 percent in 2013, out of which cab-advertising has been the most flourishing format. 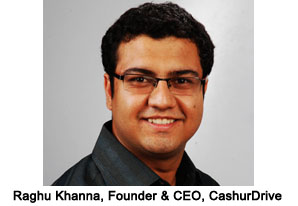 For the most part, the upbeat mood with regard to this medium is driven by the perceived impact and the reach that it affords, not to mention its cost effectiveness. "Cab advertising is a very creative and innovative way to reach potential customers and it's effective too. The biggest USP of cab advertising is that it is an affordable medium and cheaper compared to with other mediums,â€ says Raghu Khanna, Founder & CEO, CashurDrive, an agency specializing in cab advertising.

According to Srinivas Bendapudi, Director Marketing, Vuego Incab Entertainment by Parinishtaa Media Ventures, an agency which is into cab advertising content, feedback and recall measurement is also possible in cab advertising. Explaining it, he says, "Real time online analytics for brand recall and ad impact can be easily traced via screens inside cabs. Each screen is internet enabled and pings with the server every 10 minutes and all interactions on the touch screen are captured and sent back to the server which is tabulated. Once all the ads on the platform have played, the logo's of the ads are displayed on the screen, the sequence of logo touch is captured which gives an instant recall measure.â€

These apparent benefits have seen brands allotting a portion of their OOH budgets on cab advertising. Amar Saraswat, GM Marketing, Tata Docomo explains it, "Cab advertising plays a beneficial role in targeting particular segments. A targeted approach reduces wastage.  Another advantage of this medium is that it has very high frequency and seen more than any other medium such as TV, print and etc.â€

eBay India, is another company that leveraged this medium well by partnering with Meru Cabs recently in order to engage with a prime audience base in Mumbai by providing free cab rides across select locations in the city. Deepa Thomas - eCommerce Evangelist, eBay India says talking about it, "This campaign worked extremely well for us from a buzz creation standpoint. The movement of eBay India branded cabs allowed us to reach out to a wide network of consumers across the city of Mumbai. Live contests on Radio and eBay social platforms such as Twitter and Facebook helped us drive fruitful conversations with our target consumers and amplified our reach.â€

Surinder Rana, Head Corporate Advertising, Shakti Bhog, further adds while speaking about the benefits from cab advertising, " We have used cab-advertising and branded cars for our biscuit product. Initially we took 50 cabs however we good response we increased it to 350 cabs. Considering that they move around the city, the campaign generated higher recall value. "

CA Jaideep Aggarwal, Director, Vardhman, while explaining the advantages of Cab advertising in the context of OOH says, "In our entire outdoor campaign including hoardings, bus shelters, etc, cab advertising plays a vital role. The foremost advantage of cab advertisement is that it is very affordable. Also, people across can register the brand on a cab without any extra effort.â€

Little wonder then that many cab services brands have been quick to leverage the opportunity. Says Siddarth Pahwa, CEO, MERU Cabs, while explaining what drives brand marketers to look at the medium.  "Over a past decade, our marketers have been facing three challenges - visibility, delivering the brand proposition message quickly and offering a compelling product experience. Cab advertising can take care of all the three. For example, 200 cabs with ads on them roaming roughly for 4000 km a day and covering 12 lakh km in 30 days in a city like Mumbai can have huge impact. It is also pocket-friendly; 200 cabs can be booked for Rs 12 lakh, for which you probably get one or two sites in a city like Mumbai. Also, in a cab, the TG has the time to absorb a brand, besides enjoying a product experience.â€

Sakshi Vij, Executive Director, Carzonrent, another cab service company adds, "When the trend of hired cabs started out in India, the brands also started getting access to a lot of potential TG to reach out to. But the medium has been evolving. When we started out, it was a challenge to convince advertisers. But Y-O-Y we are seeing almost a 45-50% growth and we feel this will continue.â€

Evolution of the medium

Speaking of evolution, one important element that has added to the medium's appeal is interactivity with the boom of interactive screens inside the cars a few years ago. Says Sakshi, "Anything that is audio visual and moving, can't be ignored. Lot of things can happen here as there are lots of interaction points which other OOH medium don't have. Also, on a live basis, we can update our clients as to how many times their ad appeared, the eye impressions, the duration etc.â€

According to Prasenjeet Bagchi, Chief Marketing Officer, TabCab, however, "This is not very scalable, since advertisers are not interested in them as yet. In future this scenario might change. Interactivity can be brought in through NFC, Wi-Fi, and Mobile etc. in and out of the cabs, but we still don't have any requirement so we have not tried.â€

Talking about the evolution of the medium and the factors affecting it, Siddharth of Meru Cabs says, "Cab-advertising has evolved in the last three years and we are trying to evaluate the whole possibilities which can be made. But the issue with in-cab screens is that the whole model is not viable. Currently cab advertising does the whole matrix with the number of trips that a particular cab makes and the number of people who are outside the road. But the screens are made for a person sitting inside and the screen works like a TV channel which runs on the basis of TRP. Therefore, there is no TRP for these screens and they don't work. But if we get the TV or screen media on top of the taxi like it happens in LA then it can ensure that the rest of the audience on the roads are also viewing that screen and the ads running on it.â€

The success of interactive communication in cab communication also depends on its content. Apparently a lot of cab screens didn't work out due to irrelevant content. Says Srinivas Bendapudi, of Vuego Incab Entertainment by Parinishtaa Media Ventures, "To attract eyes, the content should entertain the traveller with a bouquet of offerings and the ads should be non intrusive and non abusive and there should be periodic refreshing of the content. The ads must be robust, transparent and supported by technological innovation to generate opportunities for brands to interact with prospects.â€

Given the limitations with inside screens, external branding is an important factor in this medium with branded doors and backsides. But according to Siddharth, there are constraints here too from the brand marketers' side. "We are in talks with a few brands for this kind of printing. But the issue is that the brand managers feel that cab-advertising is just a small part of the campaign and it can spoil the rest of the campaign happening on other medium such as TV, print or conventional OOH. They don't want to do just 3D or 4D on cabs when the entire 360 degree campaign is happening normally.â€

However, Prasenjeet from TabCab believes that the issue here is more to do with cost as 3D rendering is still very expensive because of monopolistic situation on the creative front and that advertisers would go for it if there was reduction in the rendering cost. 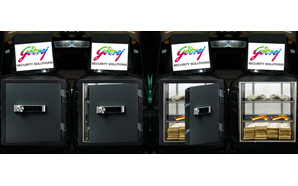 Another aspect that makes the medium promising is the possibility of offering a brand experience.  For example, Kellogg's recently distributed breakfast kits to Meru Cab passengers as part of their campaign drive. Ambi Pur actually sold their products on discounts in cabs and Blue Water gave water bottles to passengers inside the cabs. However, cab owners still find it to be at a nascent stage.

"The medium is evolving it and we have got lot of FMCGs who typically have the most interest in doing innovations. They are coming up with lot of interesting ideas. However, the medium has its own limitations and some ideas are too impractical to be implemented. For instance, one of the advertisers wanted the driver to make the tea in the car and serve it to the passenger which was kind of impossible,â€ says Sakshi.

According to Prasenjeet, the issue is also to do with scale in terms of offering a brand experience, "Experiential is possible but with limited numbers. What I mean is it cannot be deployed in large number of cabs, and can happen only with limited numbers of cabs. Since all fleet cabs are driven by non-salaried drivers, who pay rent for the car and run the cab as their own businesses, they are beyond control and hence the logistics required for experiential becomes tough.â€

So what can take this medium forward?  Well, this depends on what the brands themselves want from the medium. For some like Vardhman, it could be in-cab radio jingles, while others like Shakti Bhog would want to look at offering product sampling inside the cabs. But for the most part, brands are still looking at interactivity in this medium. Says Amar from Tata Docomo, "In future, we would like to see higher interactivity. For instance, a greeting or welcome message can be played while a passenger boards or de-boards the cab which can be associated with sponsored ads. I would like to see some kind of screens inside the car with entertaining content.  I would also like to do free Wi-Fi sampling inside the cabs for TATA Photon. The cabs can be made Wi-Fi enabled which passengers can be used and experience the speed and usage of my product.â€

Agrees Deepa from eBay India, "Cabs offer marketers two very crucial elements -- first, a ready base of urban individuals with high disposable income and second, the most priceless commodity - time. In the future, we would definitely see marketers leverage these attributes through mobile devices to offer personalized engagement opportunities. With cars being launched with WiFi connections, we can surely expect this in the near future.â€