Brands advertising in UP are hesitant about digital media

Although digital is posing as stiff competition to static media, the viability of LED screens in Indian towns and cities are still in questions, where location, eyeballs and infrastructures will decide the fate of digitalization of OOH space in India. 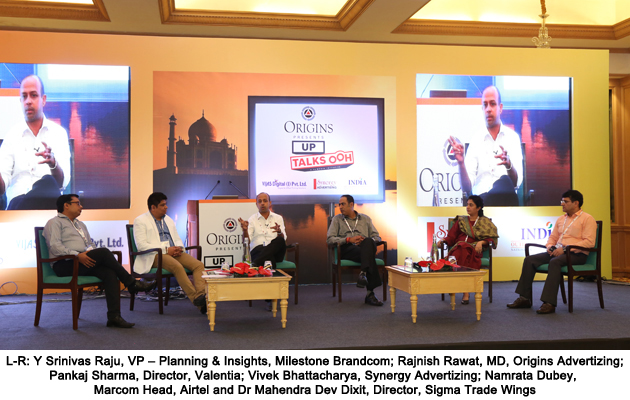 There has been a huge frenzy on digital OOH media lately. However, its feasibility in India will be dependent on many factors like footfalls, cost-effectiveness, innovations, adaptability, hindrance factors etc. Sounding positive about the future of digital media in India and depicting the example of Times Square, London, Srinivas said, "It's the most structured ROI solution that can deliver the right message to right audience. It has much bigger impact than static media for sure. We are already mapping consumer's journey in India. I should also add that we can maximize the effect of a brand only if we customize our digital media.â€

Echoing the same notion, Rawat explained, "In our country, we have 60 percent static and 40 percent moving media. Airports are using good digital media mix but brands advertizing in UP are still apprehensive about Lucknow Airport because of moving traffic and lack of permanence of effect in TG's minds.â€ If the actual scenario of digitalization is taken into account, a big market like UP is yet to enter the bandwagon.

Explaining the reason from a brand's point of view, Dubey said, "A telecom giant like Airtel will not resort to digital media if we are publicizing a mass product. Also, creative content plays a pivotal role in digital media. Even if we are advertizing through digital media, we will be more interested in exhibiting only a 3-slide fil rather than showcasing a whole commercial promo. If we take the example of Lucknow, the city covers limited distances so digital media may pose a hindrance to the moving crowd which should be taken under consideration. However, if planned and packaged well, digital media can sell well.â€ Talking about static media, Dubey added, "We should put an end to raising hoardings because such jungle of hoardings leads to no recollection resulting into a major fall in eyeballs.â€

Talking about the price point and scenario of static media in Lucknow, Bhattacharya said, "People are often raising question on why unipoles have to be expensive but they have to understand that lot of investment is required for building and beautification of unipoles, as aesthetics is the key to deliver in the case of unipoles. It also attracts more TG.â€ Talking on what needs to be done, Dixit said, "In cases of both static and digital media, lot of innovations are covetable to achieve overall success in the OOH industry in UP. For example, we should introduce and incline to green practices like worldwide and use more of bio-degradable materials.â€