The campaign kicked off in association with Laqshya Solutions communicates about their brand proposition and new range of collection. 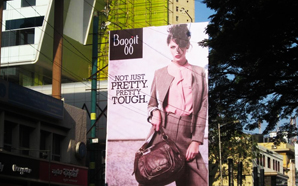 Leading bag brand Baggit has launched a new tagline'Not Just Pretty. Pretty Tough' and the brand optimized OOH medium to promote it in a life-size manner. The brand partnered with Laqshya Solutions to make the statement. The agency was briefed to launch a bold and powerful while staying classy campaign. The campaign showcased seven different creative, highlighting the various designs in their new collection. Targeted quite obviously at urban women, the campaign will be seen during the whole of entire January on outdoors.

The campaign is designed in a bold manner showcasing the brand's range of bag designs along with the new tagline:'Not Just Pretty. Pretty Tough'. The campaign has been executed across key metros in India such as Mumbai, Delhi, Hyderabad, Bangalore, Chennai, Pune and Goa. 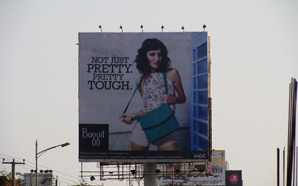 The agency chose the billboards and mobile vans formats to create an eye catchy visual for its target consumers with large displays and feisty visuals. The agency has blended innovation with traditional media vehicles such as billboards by positioning the bags in a way that would look desirable and attractive. The mobile vans have been used to create a sense of drama and capture attention in ways that other media cannot.