How to set in place a common currency for audience measurement in the digital OOH space? What are the challenges in developing a standard measuring system? How does this help in making OOH/DOOH an integral part of media planning? These were some of  the questions addressed by speakers Rachana Lokhande, Advisor to Board of IOAA, Business Strategist, Consultant digital Media Services and Schindler AGl; and Satyen Sharma, Head Ormax OHM, Ormax Media, in the session ‘Discussing Syndicated Audience Measurement’, held as part of the  Quividi conference, ‘India, the next DOOH giant?’ on June 29, 2021.

Moderated by Olivier Duizabo - President, Quividi, the session brought to fore some crucial aspects involved in developing common metrics for the DOOH medium and how it can help all stakeholders reap the benefits. Rachana began by elucidating on the steps taken by the Indian Outdoor Advertising Association   (IOAA) and elsewhere, the World Out of Home Organisation (WOO), to put in place a system for measurement and talked about what she calls the “three pillars” of measurement, namely standardisation,  creating awareness on DOOH and promotion of the media.

Further highlighting the need for a common currency in the broader context of OOH as a whole, she said, “Even in developed countries it is difficult for OOH to get inclusion in the overall media plan. This is because advertisers are looking for something that is comparable to all other media. So when they take the OOH metrics, they should be able to compare it, to say TV, digital, print or radio, so that they can include it in the media plan.” Talking further about the role of measurement metrics in making OOH/DOOH a part of the brand’s media plan and budgets, Satyen said, “There is currently no continuous measurement process. This manifests in several issues and results in the media not being included in the plans and budgets.” He reiterated the need for a holistic measurement system. ”It is not just about the media, but also about the audience. Media measurement has to be done on a continuous basis and must include the location, the medium, the creative, and the audience , all together. “

Both Rachana and Satyen agreed that one of the main current challenges in adopting a common measuring system is that the metrics and measurement models are developed by agencies in silos for specific clients and campaigns, which cannot be commonly applied. Advertisers are thus often at a loss during multi agency pitches in terms of choosing the right measuring system.

To sum up, Rachana’s and Satyen’s views on the factors that can make robust industry standards for measurement a reality are: 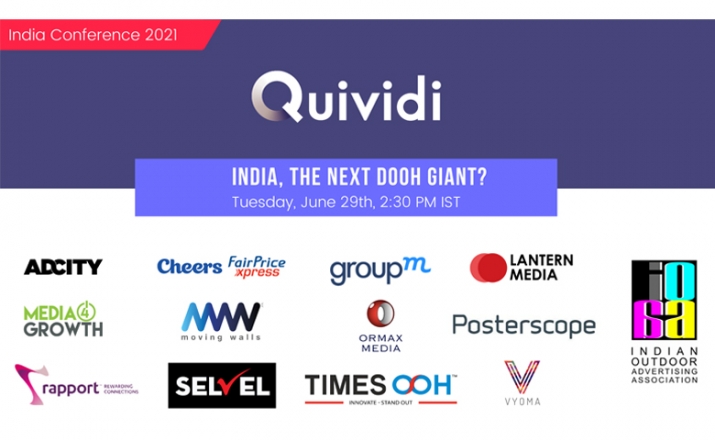 Quividi Conference on “India, the next DOOH giant?” on June 29 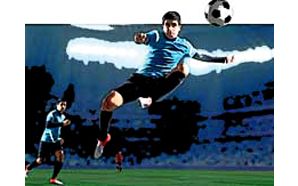 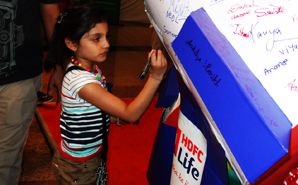